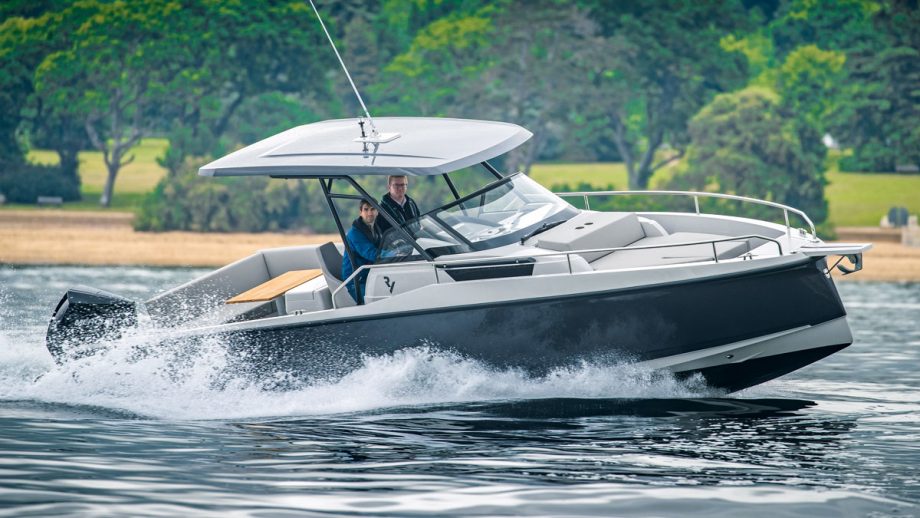 If you thought the battle for fast weekender supremacy was a shoot-out between the ultra-slick Nordic brands, you might want to take a look at a new name from the mighty German Hanse Group. Alex Smith takes a test drive of the Ryck 280...

Despite the fact that the Hanse Group’s new Ryck brand only entered the market towards the back end of 2021, there’s a powerful resonance to its debut model.

In addition to the long unbroken lines, the tapered forepeak and the wide open deck, the reverse bow and sleek, twin-stepped hull makes it feel like a formula we’ve enjoyed before.

In fact, if you think about models from the likes of XO, Axopar, Nimbus and Saxdor, the Ryck 280 is not just an incidental overlap, it is a very deliberate revoicing of a concept that the boating public has embraced with unrelenting relish ever since it first appeared on the scene back in 2014.

Ryck is named after the Ryck River in northern Germany, which connects Hanse’s HQ both to the Baltic Sea and to the wider markets of the boating world.

Not only does that help evoke the industrial excellence we so commonly associate with the ‘Built in Germany’ badge, but it also points to the ingrained boat-building heritage of the region where Ryck boats are made.

Having said all that, when you first step on board the Ryck 280, it’s not so much the quality you notice as the sheer space. Despite the model name, this is actually a 30ft boat – and while it’s not quite as beamy as the established Axopar 28, the line it treads is a very sensible one.

With a beam of 2.81m and a weight of around two tonnes, it’s just about trailerable in the UK for those with the right tow vehicle. And the fact that it employs very narrow gunwales ensures that the vast majority of that space is available to those inside the cockpit.

Read Alex’s full review in the September 2022 issue of MBY, out August 4.