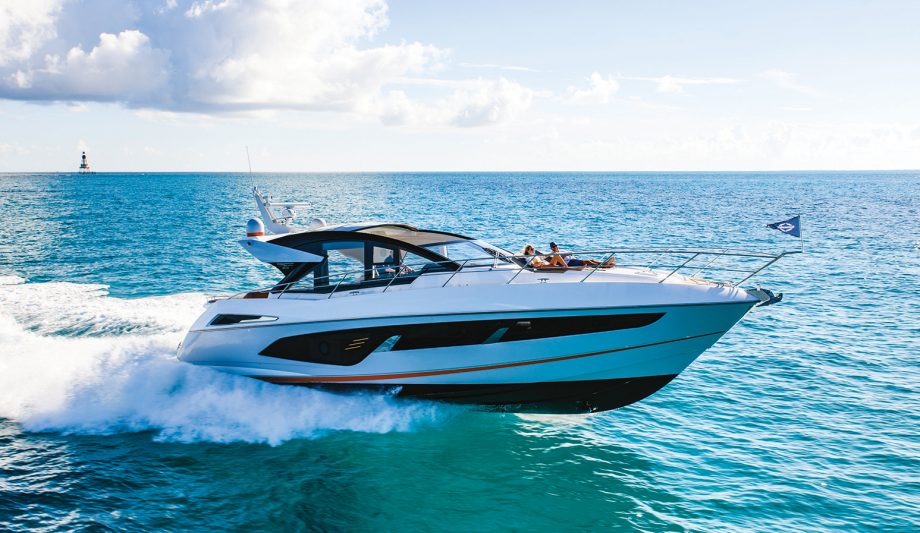 How do you follow the success of the award-winning Predator 57? We put its replacement, the Sunseeker Predator 60 EVO to the test to find out...

There is a theme developing within my tests of the Predator 60. Ten years ago I was testing a previous generation of the boat in a trial that took us from Sunseeker’s Poole base to Yarmouth on the Isle of Wight and back again and the weather was thoroughly miserable.

The rakish, warm weather sportscruiser was forced to endure conditions it would probably never go out in again in its lifetime but on that day the Predator 60 proved that there is more to it than lounging around in an anchorage looking cool.

Fast forward to January of this year and I arrive at Sunseeker’s West Quay Road facility before the sun rises with rain pouring off the shed roof. Don’t let the photos, which were shot by Sunseeker in Florida, fool you. It is the remnants of Storm Brendan, which had been forecast, but with such a tiny window to test the boat before it headed north to Helsinki we had to give it a go.

Poole Harbour is empty and its protection from the southwesterly wind gives no inkling as to what sea conditions might be like outside. As we ease on to the plane, our sights on Old Harry rocks, there is little to suggest that a howling storm was blowing across the bay just hours before aside from a light swell that picks up as we clear the lee of the Isle of Purbeck.

The Predator 60 EVO is a happy beast in these conditions, romping confidently across the undulating surface. We are running in step with our Sunseeker 76 Yacht chase boat and, frankly, struggling to keep up. The stabilised 76 is not only longer and heavier than the 28-tonne Predator 60 but it’s faster at the top end too, because the boat we have on test has the smallest engines on offer, twin 900hp Volvo Penta D13s.

Read our full review of the Sunseeker Predator 60 EVO in the April issue of MBY, out March 5.