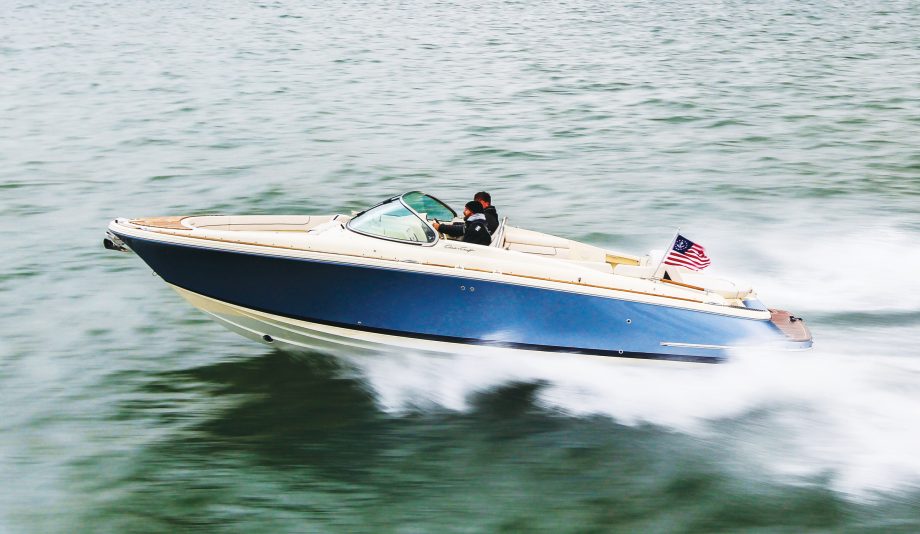 Chris-Craft’s Launch range blends style and practicality like no other but can the Launch 28 GT compete against a new form of rival?

Founded in 1861, Chris-Craft is to America what Riva is to Italy and as synonymous with the United States as a Cadillac smothered in apple pie.

Chris-Craft’s competition has shifted in recent times, however, and the walkaround T-top dayboat has arrived to challenge the cuddy cabins and bowriders that helped the Florida-based yard make its name.

The question is then, in this modern world of T-tops, outboards and walkaround decks, is a boat in the style of the Launch 28 GT — with a starting price of nearly £170,000 — still relevant?

The clever thing about the Launch range, which includes models from 25ft-35ft, is that although the boats appear to be in the mould of the iconic Chris-Craft launch, they are actually quite a bit more practical and, thanks to an optional hardtop and a choice of outboard engines to supplement the petrol inboards, have the versatility to challenge the new breed of dayboat.

As it happens, the boat we have to test on a rather dank Southampton day in late October has neither of these things so, to the untrained eye, looks exactly as you would imagine a Chris-Craft boat would look like.

Its proportions are perfect, the finish exemplary and the wooden detailing on the topsides and around the deck exquisite. Boats of this size just aren’t built like this any more.

Read our full review of the Chris-Craft Launch 28GT in the February edition of MBY, out January 2.