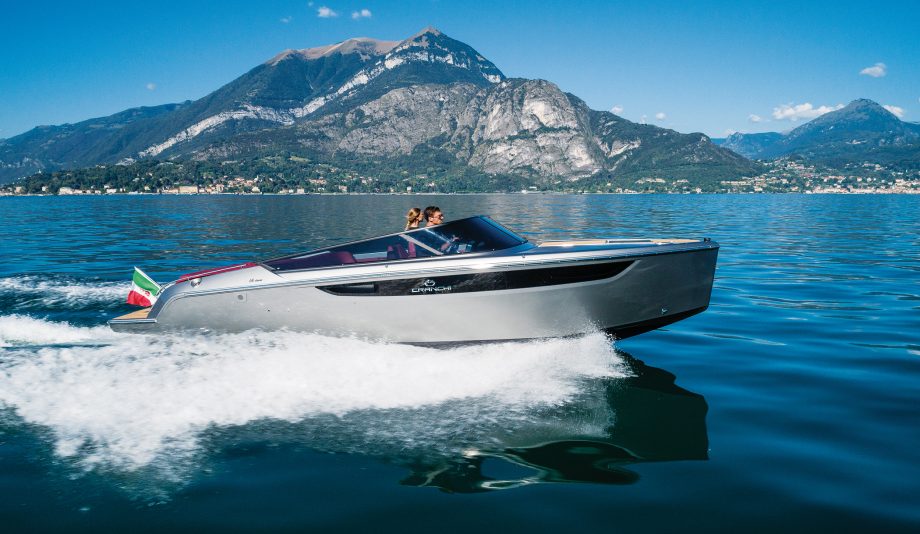 Cranchi has gone back to its roots and built a small, fast, sexy sportsboat, but is the Cranchi E26 as good as it looks?

Driving along the A4 between Venice and Trieste with rain hammering off the windscreen of my hired Seat faster than wipers could clear it, I must admit I wasn’t relishing the idea of going to sea in a fast and totally open 26ft sportsboat.

Cranchi’s Marine Test Centre is a special place but even it can’t magically produce sunshine. As luck would have it, a pre-Christmas miracle produced a chink in the restless sky and I arrived to see the E26 bathed in weak sunlight.

Christian Grande has worked his magic on this little Cranchi and produced a design that manages to be beautiful, modern, retro and muscular in a tightly proportioned 26ft package. There isn’t a line out of place on the Classic model, it is simply gorgeous up close.

Kudos to Cranchi for avoiding the pitfall of building a small boat with smaller components, too. The cleats are huge for a boat of this size and push flat to the deck when not in use. The boat wears a belt of a polished stainless steel that extends around the edges of the bathing platform and the real teak decking is a generous thickness.

It’s a classy customer, this, and things only get better from the helm seat. The driving position is appropriately low-slung for a sportsboat and tucked deeply beneath the (overly tinted) wraparound windscreen.

The dashboard itself is a little bland but its layout of white on red Volvo Penta analogue dials and a Garmin MFD works well, and the driving controls including throttles, bow thruster and interceptor tabs are grouped together on a chunky pedestal that thrusts out towards the helmsman’s right hand.

The steering wheel is a satisfying diameter and tactile to hold while the single spoke hub is lovely. The helm does that thing that all sportsboat helms should do and makes you want to drive the boat from the moment you drop into the bucket seat.

To read our full review of the Cranchi E26, pick up the March issue of MBY, out February 6.