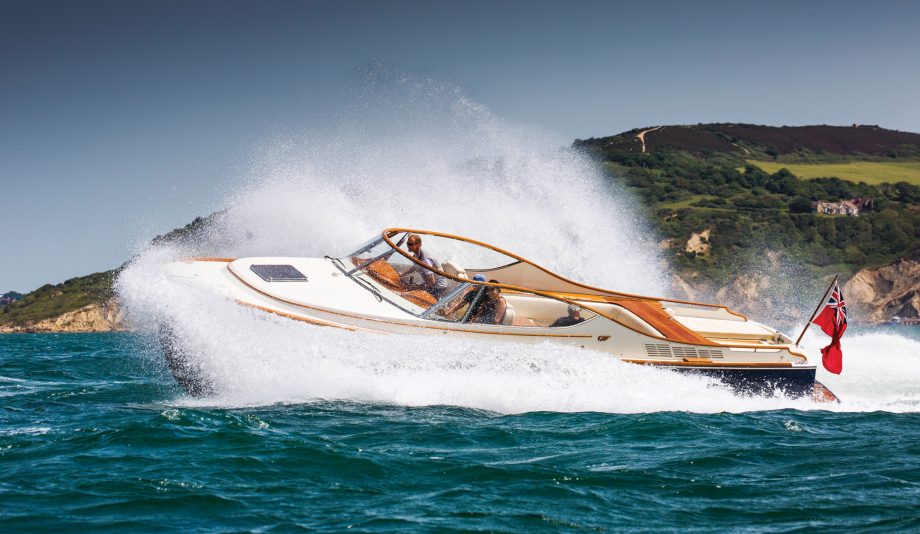 The open version of the legendary waterjet powered Picnic Boat is a thing of rare beauty, but what is the Hinckley R34 like to drive? Hugo borrows one for the day to find out...

Not many motor boats can justifiably lay claim to iconic status. Other than the Riva Aquarama you’d be hard pressed to muster a unanimous agreement for any other leisure boat.

But one craft you could easily build a compelling case for is the Hinckley Picnic Boat. This is the boat that not only put waterjets on the map and set the template for all future Downeast-style commuter/lobster boats, but arguably kick-started the hardtop revolution as well.

Hinckley launched its first water-jet powered Picnic Boat in 1994 and has since gone on to build over 1,000 examples in multiple sizes and configurations. And yet despite this extraordinary success, Hinckley remains relatively unknown outside its home market of the US.

The strength of the dollar, the weakness of the pound and the EU’s 20 per cent tariff on US-built boats certainly don’t help but the real reason Hinckley isn’t too fussed about exports is simply because it’s busy fulfilling orders closer to home.

One man who’s determined to change that is Hinckley’s first and only European sales director, Innes McGowan, and to make his point he’s brought a couple of boats over to the UK for customers to sea trial.

Given that we always try to test boats according to how their customers are likely to use them, I propose a day trip from his base at Swanwick Marina to the Needles, to test its cruising potential, followed by a stopover in Newtown Creek on the Isle of Wight, where we can drop the hook and enjoy the very thing it was made for – a picnic.

Innes is happy to oblige but given that the sun is out, suggests we take the open Runabout version of the Talaria 34 rather than the hardtop model. Whatever, so long as we can still have a picnic!

Read our full review of the Hinckley R34 in the February edition of Motor Boat & Yachting, out January 2.