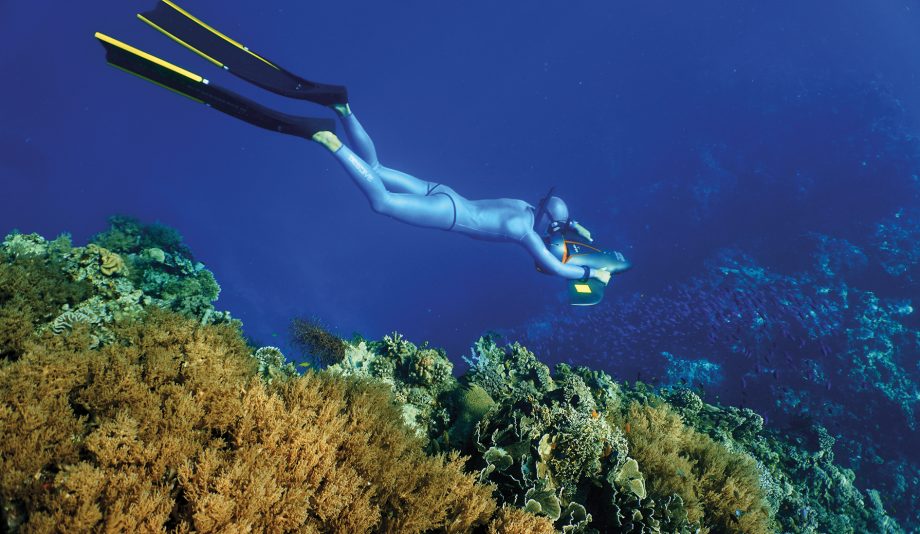 The Aquajet Dive H2 underwater scooter is, according to its manufacturer, a “multifunctional aquatic entertainment product for deep diving, swimming and surfing”.

Essentially, you just need to switch it on, get dragged through the water and have fun!

Available in three colours and weighing 14kg, it’s powered by an 800W electric motor and has three speeds of operation.

It will hit almost 6mph in its fastest speed – a lot faster than it sounds when you’re being dragged along by it, and it can dive to a pretty impressive 20m.

A claimed battery life of 50-100 minutes means the watersport fun shouldn’t come to an abrupt halt just as you’re getting the hang of it, and positive buoyancy means that when the power does eventually dwindle, you’ll be going up, not down.