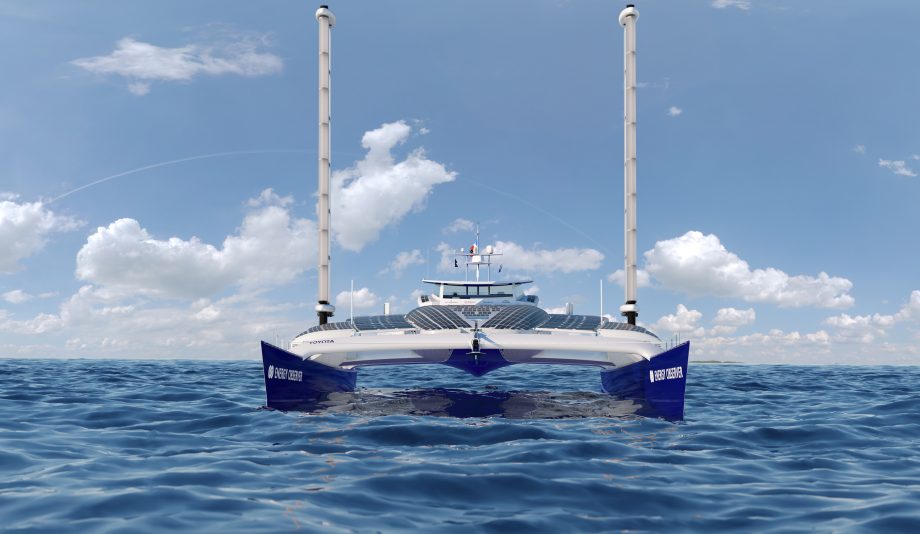 Energy Observer is the first boat to cruise round the world using hydrogen extracted on board from seawater. Hugo explains how this extraordinary vessel works

The problem with electric boats is not the lack of speed or power, it’s the size and weight of the batteries needed to give them a decent range. In simple terms the energy density of 1kg diesel is around 100 times greater than that of a lithium ion battery.

Even taking into account the relative thermal efficiency of an electric motor (90%) compared to a diesel engine (35%), you would still need to carry almost 30 tonnes of lithium-ion batteries to match the equivalent power/range of 1,000 litres of diesel.

To match the energy density of diesel what you really need is a means of storing power in another form that is lighter, denser and immune to the slow power leakage which all batteries suffer from.

The solution which former offshore sailor Victorien Erussard and maritime explorer Jerome Delafosse settled on was hydrogen. Hydrogen is the most abundant element in the universe (mostly in the form of water), has exceptional energy density (three times greater than diesel) and can either be burnt or converted back into electricity via a fuel cell while emitting nothing but pure water.

To demonstrate hydrogen’s potential as a fuel of the future, they decided to build a boat that was not only powered by hydrogen but also extracted it from the very water it was cruising on.

Since its launch in June 2017, Energy Observer has already cruised 18,000nm and visited over 25 countries extracting hydrogen from the sea, using a combination of solar and wind power, and converting it back to electricity to power its twin electric motors.

We caught up with the crew at a stopover in London to discover the secrets behind Energy Observer’s technology and how that could translate to the world of leisure boats.

Read our full feature on Energy Observer in the January 2020 edition of MBY, which is out now.