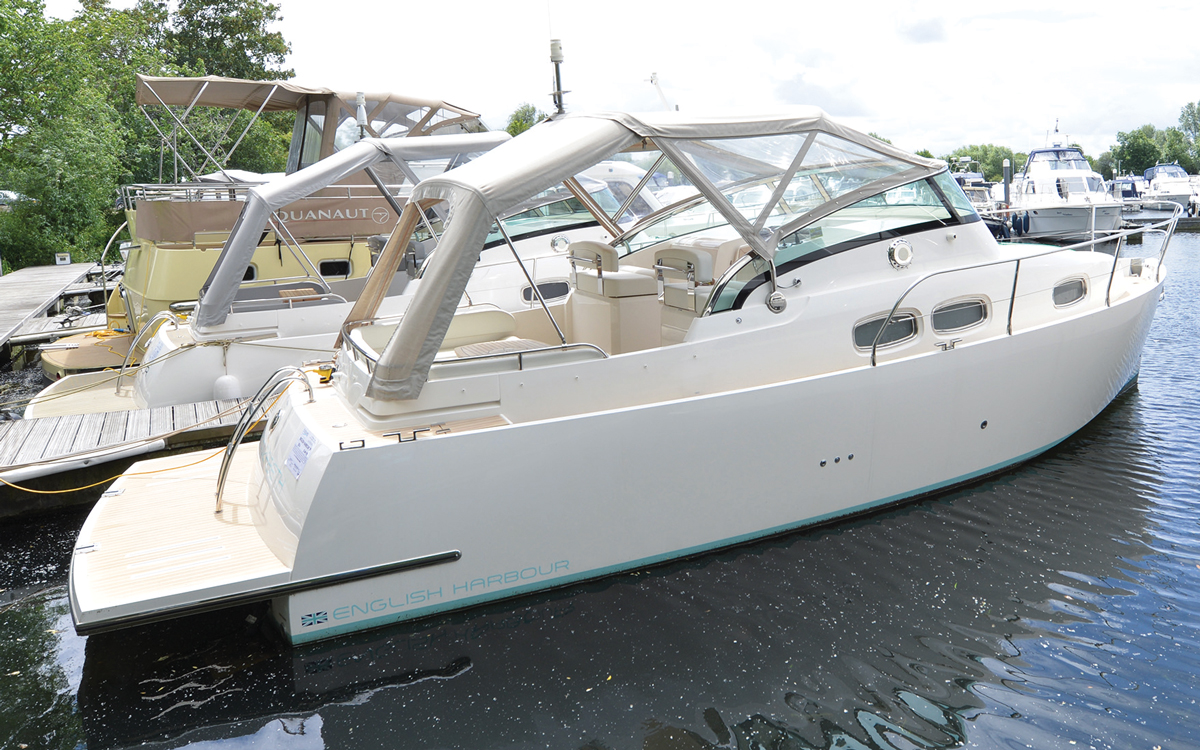 Designer pedigree shines through on the English Harbour Yachts 27, which now makes a compelling option as a used boat

“You need to be prepared to spend plenty of time on the pontoons explaining what it is and accepting admiring comments from people who think it is the prettiest boat in the marina,” says Roger Webb, who kept an English Harbour 29 Offshore at Mylor Yacht Harbour for two years.

It’s easy to see why, it’s a very attractive boat. The brainchild of Adam Greenwood, it, and its 27ft sibling, were the second models to come from the yard of English Harbour Yachts (the first was a cute little 16ft open dayboat).

English Harbour Yachts was formed by Greenwood in 2012, but this was by no means his first foray in the industry. Before striking out alone, he was the design director of Fairline Yachts – quite some pedigree for a fledgling boat builder!

The English Harbour 16 launched in 2013, and with production running smoothly from a former Fairline factory in Oundle (the first one was also bought by ex-Fairline MD Derek Carter), the 27 followed a year later marking the company’s first move into cabin boats.

Launched at the Southampton Boat Show in 2014, it is a brilliant meld of design purity and genuine usability. The hull alone is a work of art, with its stainless steel vertical stem and complex convex aft topsides and transom.

No portholes are allowed to mar the smoothly sculptured topsides, windows are instead set into the superstructure. Even deck drains are routed aft and exit beneath the bathing platform out of sight.

But step on board and you quickly realise that form is not at the expense of function. Side decks are so low and wide that no transom door is needed and side boarding even from a low pontoon is easy. Decks are 9in wide, and the deck fittings (cleats and fairleads) are raised out of toe stubbing way onto low bulwarks.

Read the full used boat report on the English Harbour Yachts 27/29 in the October 2019 edition of Motor Boat & Yachting, out September 5.