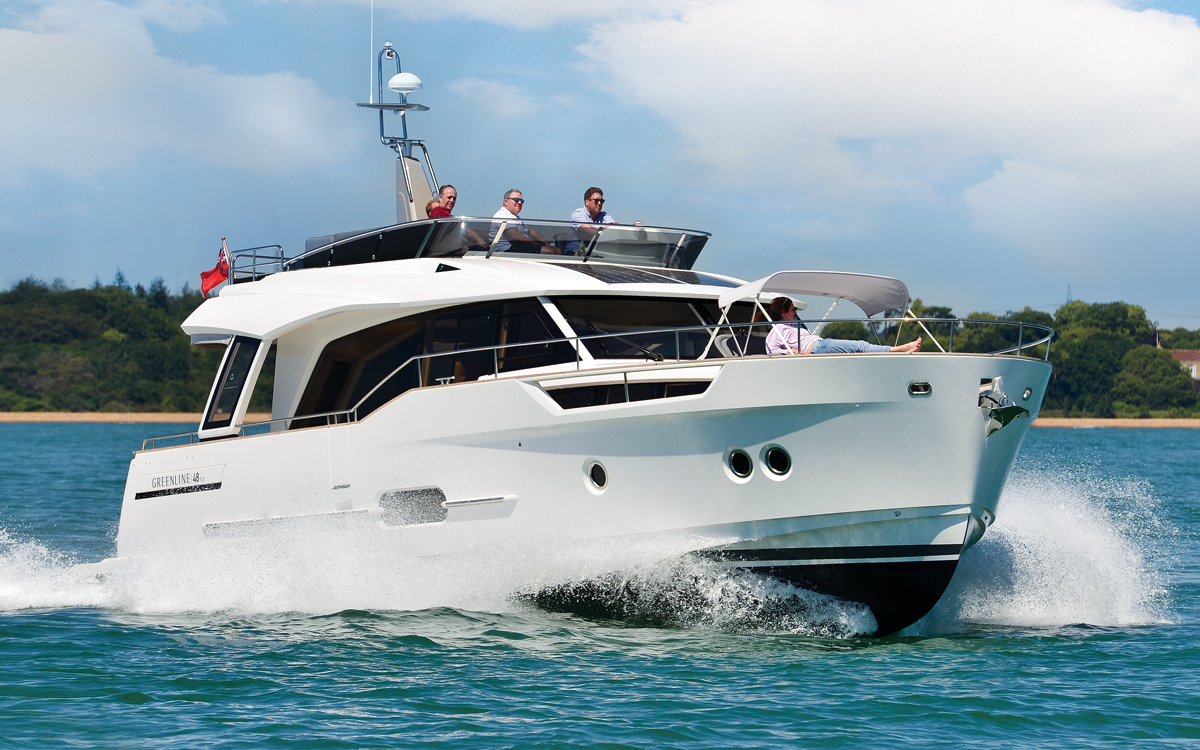 The 48 Fly boasts the green technology that Greenline is known for but how does it stack up against its rivals as a cruising package? We head across the Solent to find out

Launched in 2015, the 48 Fly hit the water at a time when Greenline was transitioning from one parent company to another. The boat slipped through the net, which is a great shame because I remember climbing aboard at that year’s Düsseldorf Boat Show and being struck by what a clever, practical thing it was.

Fast forward to this year and new UK dealer Clipper Marine has brought one to these shores. The timing is perfect because on first inspection it appears to be a boat very well suited to our waters.

The key thing about the Greenline 48 Fly is that despite having an LOA a whisker under 50ft (15.2m) it feels so much bigger than that on board.

On the starboard side there is even a gate in the bulwark allowing the skipper to dash out quickly if single-handed.

The flybridge also extends a long way back over the cockpit and every inch of space is put to good use, with separate sunbathing and dining areas and a clever cantilevering double seat at the forward end of the dinette, which allows two or three passengers to sit facing forward and enjoy the ride. With high rails and tall backrests it feels enjoyably secure on the top deck.

Read the full review of the Greenline 48 Fly in the October 2019 edition of MBY, out September 5.