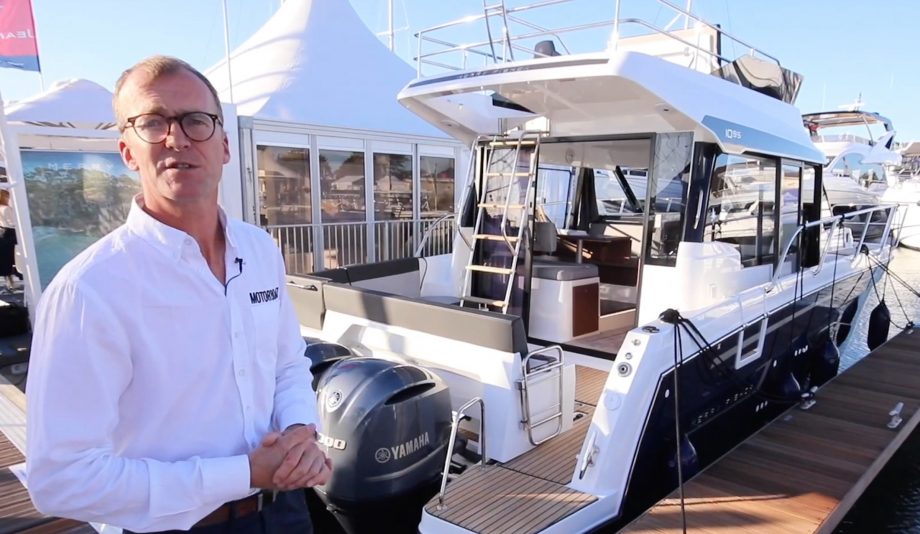 If anything it looks even better with an extra deck up top, adding an air of adventure to its pragmatic looks.

The climb up is via a fairly steep, hinged ladder that folds flat against the wheelhouse doors so as not to steal space from the cockpit, but once up there you’ll find a decent outside helm, a mini dinette and a smattering of sunpads.

Crucially, the guardrails and windshield are tall enough to make it feel like you are sitting in rather than on the flybridge.

Somehow the designers have found space for three double cabins below decks even if they share the same bathroom.

Other nice touches on the Merry Fisher 1095 include a boarding gate and helm door on the same side as the wide starboard deck.

Outboard-only power won’t be to everyone’s taste but it should deliver impressive performance, reliability and refinement.