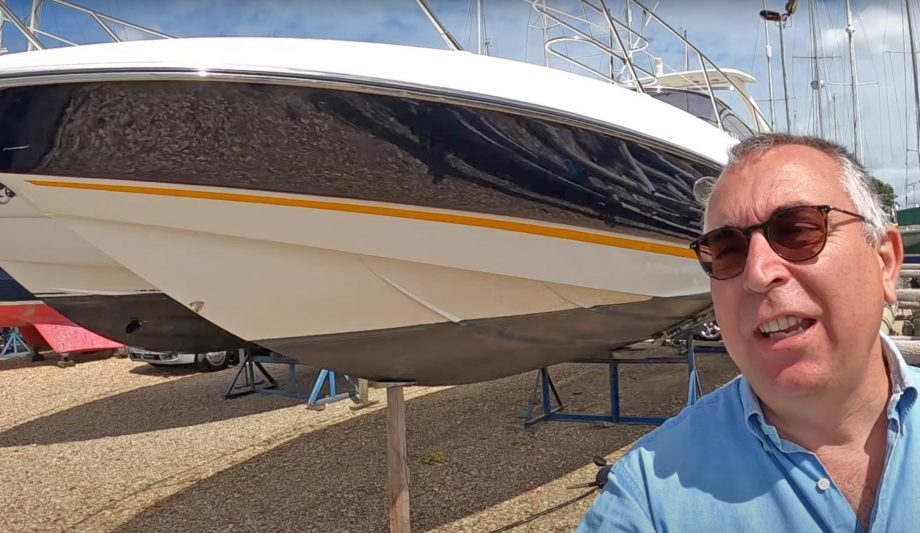 In 1999 the Sunseeker Superhawk 34 burst onto the world’s silver screens in the James Bond blockbuster The World Is Not Enough. Glued to his seat, eyes wide like the rest of us, sat a teenage Ed Mitton, owner of the boat you see in this video.

He’s not wrong. Launched in 1997 to replace the Hawk 31, the Superhawk 34 was penned by powerboat racer and designer, Don Shead, who had been responsible for all of Sunseeker’s Hawk series up to that point from the very first XPS34 of 1983.

It followed the tried and tested formula: deep vee, narrow beam and low profile. The result, even almost quarter of a century on, is spectacular.

With no compromise to volume, headroom or sleeping cabins, the lines of the Superhawk 34 are pure sportsboat – elegant, taut and fast. It’s one of those boats that looks as though it’s doing 40 knots whilst stationary. It’s an aquatic Jaguar E Type – all bonnet and sinuous curves.

Read our full Sunseeker Superhawk 34 used boat report in the October issue of MBY, out September 3.