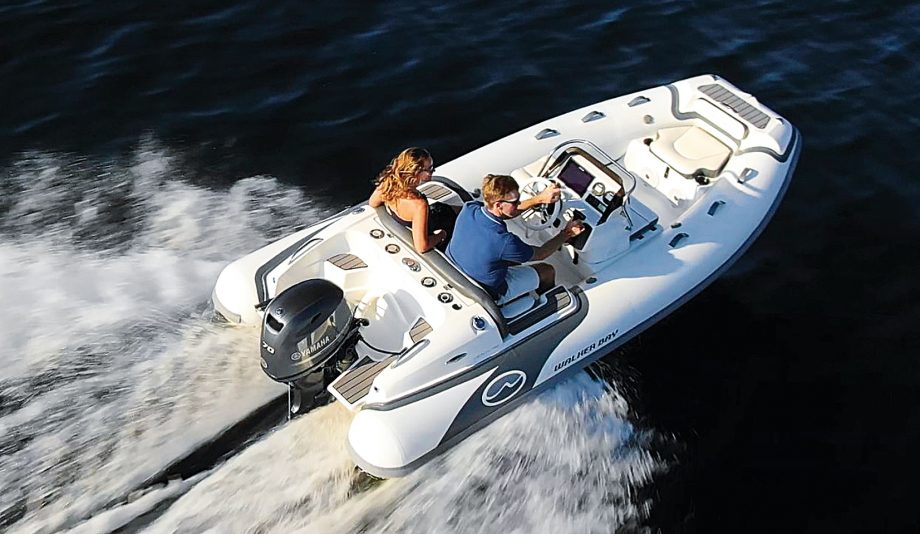 Walker Bay has recognised that tenders are being used for more than just basic ship to shore transportation, with owners wanting to use them for dayboat use and exploration.

To that end, the new Venture 14 is packed full of features that simply make it work better as a stand-alone vessel.

At the helm, a lift section of seat, tilting wheel and deep heel recess allow the helmsman to stand, sit or use it as a bolster.

The rear seat is wider than other boats in its class and there is seating for five in total, including a comfortable-looking bow seat.

There’s room for a 9-inch MFD in the dashboard, boarding steps on both sides and the bow, a cooler built in to the console, fresh water transom shower, folding swim ladder, stereo and even five cup holders.

It will take outboards up to 70hp which will push it to speeds up to 35 knots and the built in 64-litre fuel tank should give up to 140 miles of range.