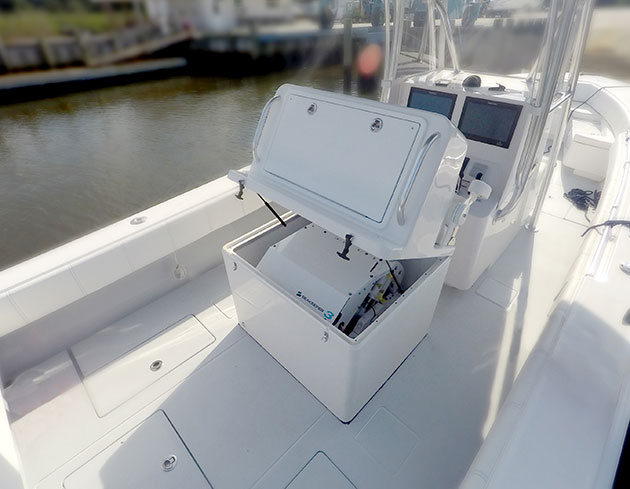 The all-new Seakeeper 3, which runs without the need for a generator, opens up gyro stabilisation to 30-39ft boats for the first time

For the first time, boaters with smaller vessels can take full advantage of a technological innovation that’s been available on larger boats for nearly a decade thanks to the Seakeeper 3.

The all-new Seakeeper 3, which runs on 12v DC power and does not need a generator to operate, eliminates up to 95% of boat roll, the rocking motion that causes seasickness, anxiety, and fatigue.

It’s optimised for boats between 30-39ft, bringing a fundamentally new way of being on the water to a whole new class of boaters.

The Seakeeper 3’s computer-controlled gyroscope relies on the power of a steel flywheel spinning at very high speeds in a near vacuum.

When the gyro’s sensor detects boat roll, it tilts, producing powerful torque to neutralize the port to starboard motion of the vessel and eliminating the rocking motion that causes seasickness.

The Seakeeper 3 is 25% smaller and 32% lighter than the previous smallest Seakeeper model, the Seakeeper 5, and can be installed in as little as two days with no major structural modifications to the boat.

The unit can be retrofitted into a readymade helm bench unit too, making refit and new build installations on centre console boats even easier. Installed in a self-contained unit within the boat, the Seakeeper 3 guarantees no drag and no external damage.

For boaters who rely on Seakeeper, boat roll is the farthest thing from their minds. That’s because boating with a Seakeeper means no more cancelled trips due to choppy waters and no more heading back to shore early because of a bout with nausea. Seakeeper has revolutionised the boating experience and the Seakeeper 3 is bringing that new reality to a whole new group of boaters.

But don’t just take our word for it; take a look at the installation video above.