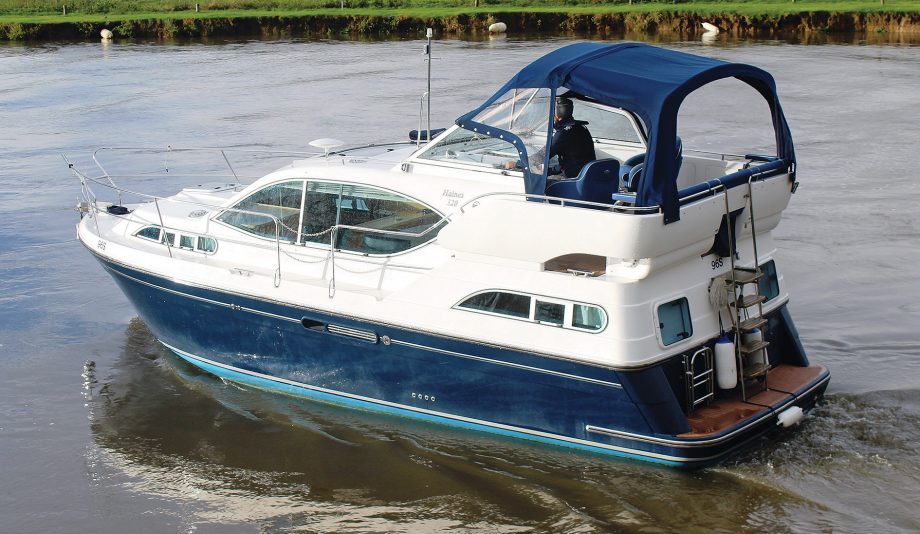 Haines Marine is one of those companies that you’d like to buy a boat from just because of who and what they are. A family run business based in Great Yarmouth in Norfolk and about to celebrate its 40th anniversary, it was set up by Bob and Mary Haines in 1980 and is now run by their son Justin (although Bob and Mary remain involved).

The 18 staff turn out between 12 and 16 hand-built boats annually (depending on size and spec) from a range of four inland boats from 26ft to 42ft and three coastal/offshore cruisers from 32ft to 40ft.

It’s the kind of place you half expect to find Jack Rolfe from 1980s sitcom Howards’ Way ambling through the yard muttering “they’re not building bloody plastic boats in my yard, and that’s final”.

It’s all a far cry from the mass production yards churning out boats by the hundreds. When Haines build you a boat they really are building you a boat. Want that drinks locker to have an extra gin bottle shaped cut out? No problem.

Obviously, buying a used Haines doesn’t give you quite the same flexibility but you do still benefit from the same love and attention that went into building it when new and you can always ask Haines to make a few retro-fit changes if necessary.

The Haines 320 you see here is absolutely stock in trade for the builder. Launched to the world at the London Boat Show in 2003, it’s the quintessential British inland aft cabin cruiser, something that’s most evident when you take a peak beneath the waterline. Designed by Andrew Wolstenholme, it’s a displacement (rather than planing) hull designed specifically for low speed river running.