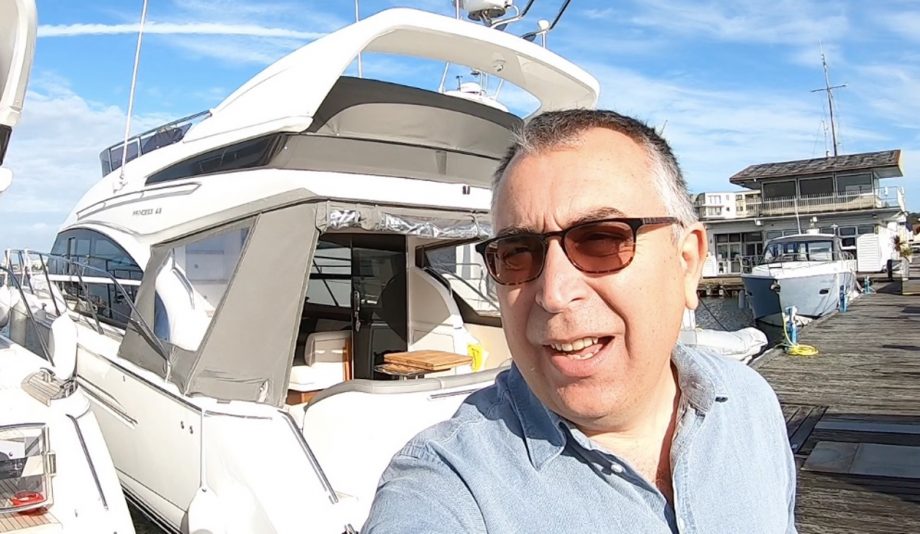 The Princess 43 looks right the moment you see it, well proportioned with low wide side decks, a long foredeck and a beam that stretches to almost 14ft. Nick explains what to look for when buying one...

In 1974, fledgling Plymouth-based boat builder Marine Projects took a collective deep breath and launched a new flagship model. The Princess 37 was very different to its other two models, the Princess 25 and Princess 32, both motor cruisers with an open-backed wheelhouse and sterndrive engines.

It was one of the largest leisure boats built in the UK at the time and had two cabins, two heads, a galley on the lower deck, a proper deck saloon with doors on the main deck, a second helm position on an upper deck above it called a ‘flybridge’ and a pair of Ford Mermaid diesels running shaft drives beneath. It was a brave, and ultimately successful move.

In 2019 that same company, now called Princess Yachts and employing over 3,000 people, launched its latest ‘entry-level’ flybridge model, the Princess F45. A very different boat to the Princess 43 it replaced, it has IPS pod drives, a galley aft layout and a full beam mid cabin.

It also marked the end of an era because the Princess 38, which was launched in 1980 using knowledge gained from that original 37, set a layout template that was so successful it remained in existence for almost 40 years!

Designed by John Bennett, the 38 featured a master cabin in the bow with an ensuite bathroom and a guest cabin on the starboard side. The galley occupied the port side with steps up to the saloon, the aft cockpit and flybridge above.

Even the hugely successful Princess 42 that took on the mantle in 2004 and this stylish new 43 that replaced it at the end of 2013 stuck with the same format. It’s the ultimate embodiment of that original layout, refined and honed to perfection.

Read our full used boat report on the Princess 43 in the February issue of MBY, which is out now.