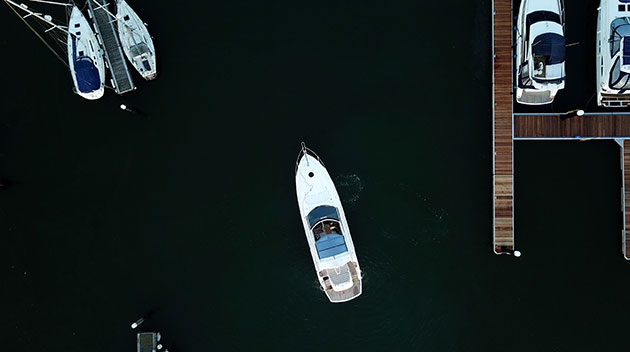 Bow thrusters have become standard equipment on most craft over 30ft and even some smaller ones offer them as an option.

Almost any craft will benefit from having one and it’s certainly the one extra I would always tick on a new boat (and consider retrofitting to an older boat), especially if I were purchasing a single-engined craft or one with high windage.

We all know the basics of how to use a bow thruster, but overuse and/or poor usage often mean that skippers can cause themselves as many problems as they solve. I like to consider the bow thruster as an extra crew member who can lend a hand when needed but shouldn’t automatically be relied upon.

Electric bow thrusters have a finite period of time they can run before excess heat or power draw shuts them down. If you need to use it for that long, the chances are you are attempting the wrong manoeuvre. Some even come with a hold facility, but treat it with caution – it’s a hold for a few moments, not indefinitely.

Hydraulic ones are able to run for longer periods and can be used to hold the craft in position whilst lines are attached.

All bow thrusters are simple to use – just push the switch or lever in the direction you want the bow to go and it will follow – but there are a couple of things to watch. They really only work effectively when the boat has stopped or is moving at less than a knot – more than that and the water is moving past the thruster’s tunnel too quickly for it to be effective.

Though berthing using a joystick is deemed easy, there are still some key techniques to employ when using IPS

Leaving or arriving at at a berth is one of the biggest boating challenges. In this video we show you

The next thing to remember is that the thruster might well be moving the bow to port or starboard but the pivot point roughly in the centre of the craft means that the stern will be going in the opposite direction. So if your crew is trying to attach a stern line and you keep thrusting the bow towards the pontoon, you are almost certainly driving the stern out and making it harder for them.

I always advise using a short burst, then a slight pause, then a second burst and even a third if needed. These short bursts are often more effective than one long one and it prevents over driving the bow, which would mean you having to stop that momentum by driving it back in the other direction.

Pauses between bursts also allow the propeller and motor to stop so that if you need to change direction you aren’t putting excessive strain  on the system.

Be careful not to overdo the number of bursts, though – if the wind does take the bow many thrusters won’t be powerful enough to drive it back upwind. Far better to know when you’re fighting a losing battle and use the engines to move off safely and start the manoeuvre again.

A good exercise when berthing is to drive the bow slightly too close to the pontoon and use the thruster to push it away from the dock, helping to tuck in the stern and making it easier for the crew to attach a stern line.

Stern thrusters work in much the same way as bow thrusters, but as they tend to be fitted deeper below the water line, they are often quieter, which means that skippers tend to hold them on too long with exactly the same pivot issues as the bow thruster.

To recap, use small bursts, pause between each one and don’t forget to monitor movement at the other end of the boat as well.