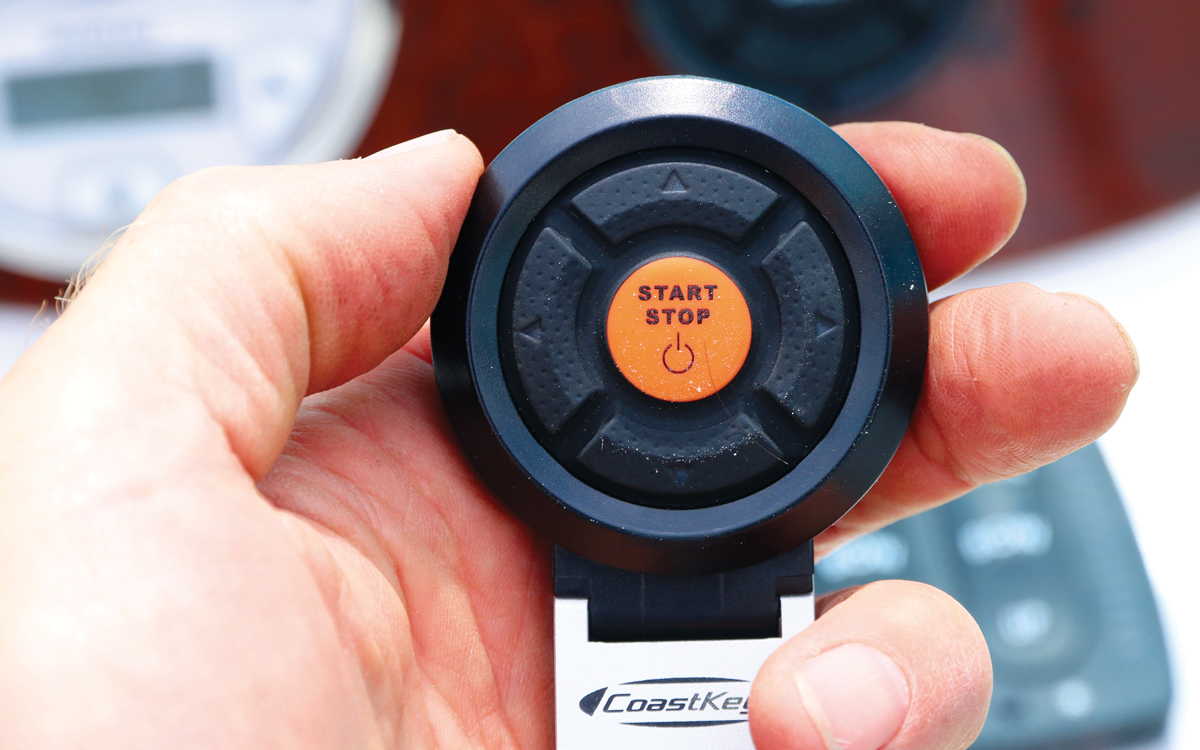 Is this the boating safety breakthrough we've all been waiting for? Hugo Andreae fits CoastKey’s latest wireless kill cord to his Karnic 2250

Regular readers will know I get quite aerated about the subject of kill cords. In an age where cars are packed with sophisticated safety devices such as automatic lane control and emergency braking, I struggle to comprehend why we are still relying on a piece of string and a kill switch.

I get that there’s something to be said for keeping things simple but as a growing tally of accidents has shown, they are by no means foolproof, with sticking kill switches, frayed cords and brittle plastic all adding to the problem.

But by far their biggest weakness is that even the most experienced skippers, myself included, sometimes forget to clip on. This rarely happens when you first set out but at some point you’ll need to leave the helm to retrieve a fender, attach a line or answer a call of nature and in your hurry to get back to the helm it’s all too easy to forget to clip back on.

There are two solutions I can personally recommend. The first is Lifecord – a smart kill cord that recognises when it’s not being worn and alerts you to it with flashing lights and an audible alarm. It’s simple, affordable, fits every kill switch and requires no installation (£89.95 from cordsafe.co.uk).

The second is a product called CoastKey that uses wireless technology to link you to the helm with the aid of a remote control key fob. You either wear it on a lanyard round your neck or clip it to a belt loop or lifejacket.

The beauty of this is that it gives you the freedom to move around the boat with the engine still running. However, if you do fall off or get thrown from the boat, the signal is lost and the engine cuts out just like it does with a manual tether.

I’ve been using the first generation CoastKey on my boat since 2013 and would never now buy a sportsboat without one. The battery in the key fob seems to last forever, it has always killed the engine whenever I’ve taken it for a swim or walked away from the boat and only twice in six years has it triggered unnecessarily, both times when I’ve been sat in the back of the cockpit and someone has blocked the signal.

However, there were a couple of minor irritations. The fob itself was quite chunky, there was nothing to show you it was working, and if you lost the fob, the process for overriding it was painfully slow and easy to forget.

Keen to show me how things had progressed, CoastKey sent me the latest version to try. Thankfully it uses the same connector that I’d already had plugged into the control unit of my 200hp Suzuki outboard so it was just a question of drilling a hole in the dash for the new helm display and plugging it in.

In this feature, we look at kill cord alternatives and other ways of stopping your boat should you fall into

The new fob is smaller and neater, the dash display provides visual reassurance of its status via coloured LEDs and a four-number keypad allows you to set your own code and restart the boat (without the code) if the fob wearer falls overboard.

As with the old system you start and stop the engine(s) using the fob, and you can add up to two other remote functions such as engine trim or an anchor windlass. I have the former so that I can lower the engine and fire it up while standing on the bow ready to cast off.

It’s pricier at €575, but it’s well worth it for the convenience and peace of mind it brings. There isn’t an official UK distributor but Southampton-based engineering firm Proteum can supply and fit them or you can order directly through the CoastKey website.