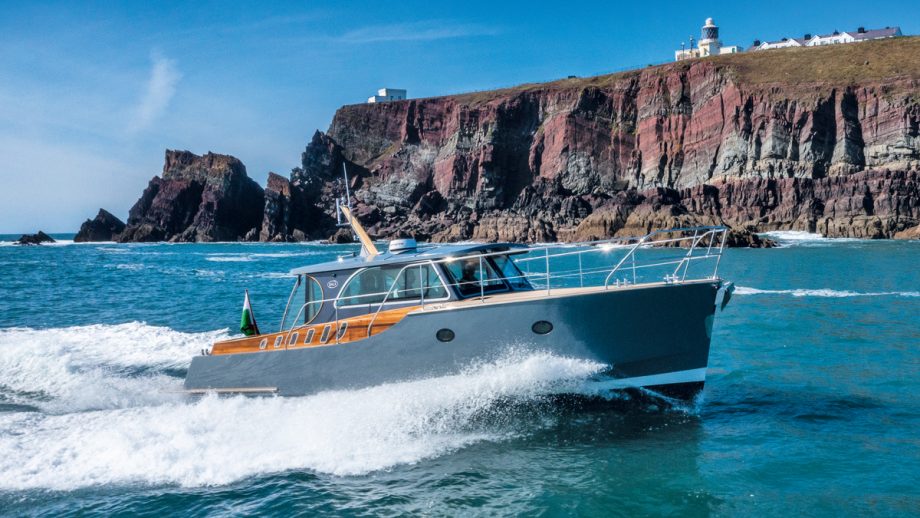 After the 2022 Southampton Boat Show, MBY editor Hugo Andreae got the chance to take the Dale Classic 37 for a test drive and see what it's made of...

There aren’t many things to celebrate about lockdown but the new Dale Classic 37 may just be one of them. It was the temporary shutdown of Dale’s boat building business in early 2020 that gave managing director Mike Reynolds the time to reflect on what its next boat might be.

By then the elegant Dale Classic 45 was already 13 years old and although it had been joined by a Dale Classic 35 in 2014, Mike felt there was room for something in between, something that combined the timeless looks and style of the Classic 45 with the superior packaging and more manageable proportions of the 35.

He even had a customer willing to fund the build. Just one problem remained; Arthur Mursell of TT Boat Designs, the naval architecture firm behind the legendary Nelson range of craft and the man responsible for designing all of Dale’s equally seaworthy hulls, had retired.

Thankfully, Mike has a way with words and once you get talking to him, it’s very hard to say no. Arthur duly relented, dusted off his drawing board and the serious business of designing and building the new Dale Classic 37 began.

Two years later and that vision is now a reality. Launched to widespread acclaim at the Southampton Boat Show in September, it certainly appeared to tick all the right boxes in terms of looks, layout and finish, but the real test of a Dale is how it copes in a lumpy sea.

This is best experienced in Dale’s home waters off the Pembrokeshire coast in West Wales, where the waves roll in from the Atlantic all the way from America. The Solent in September is a poor substitute for the sheer majesty of the Welsh coastline but it can get pretty messy when the wind is blowing and the tide is running.

And today it is doing just that. With a gusty Force 6-7 rattling the masts in the marina and most boats staying resolutely put, it’s exactly the kind of day a Dale is made for. Time to get down to business.

Read Hugo’s full review of the Dale Classic 37 in the January 2023 issue of MBY, which is out now