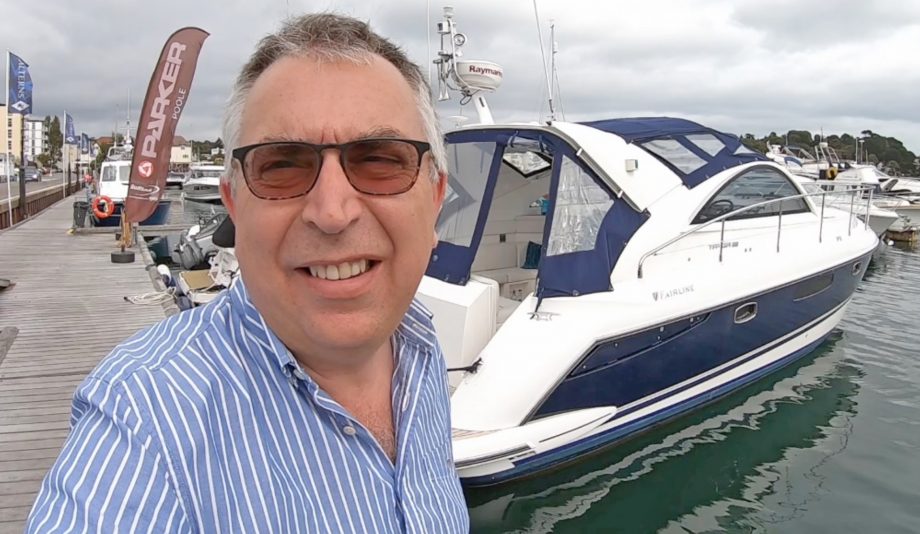 Launched in 2006, the Fairline Targa 38 was a best-seller for the Oundle yard for almost a decade. Our used boat expert Nick Burnham explains how this design evolved over the years and why it makes such a compelling option on the secondhand market

When Fairline launched the Targa 33 in 1984, it was the first of the Targa line. And 1984 was a very different era – most boat companies were still run by the people who set them up. And those company owners simply built whatever they felt their customers would like to buy.

Fairline was run by Sam Newington. And the rationale behind the first Targa was simply his desire for a larger sportscruiser to park outside the waterside holiday home he and his wife Briony kept in Port Grimaud (at the time, Fairline’s largest sportscruiser was the 26ft Sunfury).

And if they wanted one, he reasoned, surely others would too? History proved him correct. As well as selling 357 Targa 33s until production ceased in 1991, it spawned an entire range of sportscruisers that is still being added to today.

But most fascinating is just how closely the 2006 Targa 38 echoes its ancestor. Despite the nomenclature, the two boats are very evenly matched in size. The 33 dated from a time when the bathing platform was a ‘bolt on’ to the hull rather than integrated, so the designated length was typically measured just to the flat transom.

Add the longer platforms of later boats, and with the boats rafted together and the transoms aligned, the stems of the bows are almost side by side. The beam is roughly similar too, the new boat having gained six inches.

Launched at a Fairline dealer conference in Bellagio on Lake Como in April 2006, the Targa 38 has the same two cabin layout split by the saloon that most earlier 33s had. In fact the very first Targa 33s had a single cabin aft and an open plan double berth in the forepeak, accessed by scrambling over the dinette.

A later Touring version moved the dinette to one side, making space for a separate double cabin. Demand for the original dried up instantly and it was quietly dropped.

Read our full used boat review of the Fairline Targa 38 in the January 2020 issue of MBY, out December 5.