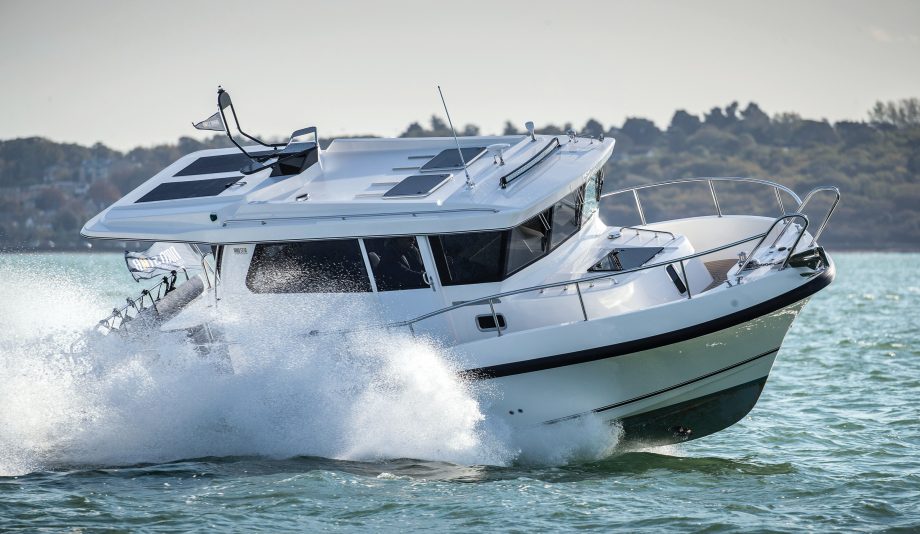 Can you think of a boat with stiffer, more focussed competition than the Nord Star 31+?

With homegrown rivals like the Sargo 31 and Botnia Targa 30.1 breathing down its neck and offering many of the same benefits, it’s logical to conclude that anyone interested in one of these boats is probably considering all three. All hailing from the same area on Finland’s west coast, within about 160km of each other, these boats are as closely aligned geographically as they are spiritually, but what separates them?

Stylistically the Botnia is out there on its own, in a trio of boxes it’s the most box-like and has the most traditional interior, though it’s beautifully assembled. It’s the only one to come with a flybridge (well, upper helm position) too but its accommodation is the most cramped.

There is even less separating the Sargo and Nord Star, which both have a slightly more contemporary look and more comfortable cockpits than the Targa thanks to their built-in dinettes. They both come with the option of an aft door, too, a seemingly small addition that makes a big difference to the way the boat flows and means you don’t have to solely rely on the sliding side doors on either side of the wheelhouse for access to the saloon.

If it's plush cabins and sunpads you're after, look away now. But if you want a rock-solid wave smasher that

A combination of solid hull, punchy performance and a cosy wheelhouse make the Sargo 31 a fearsome year-round, fast passage

One area where the Nord Star stands out is when it comes to pricing. As a base boat with similar horsepower to the other two (surprise surprise, they have almost identical Volvo Penta engine options, though the Nord Star is available with outboards and Mercury diesels) it is around £45,000 cheaper than Sargo, which is slightly cheaper than the Botnia.

Do you feel this on board? In places, yes. I’d say that the interior finish isn’t quite up there with the other two and though the layout of the saloon is better than the Targa’s it isn’t as well executed as the Sargo, especially around the galley.

Drawers rattle around in their voids when open and don’t have soft-close runners, for example, and whereas the sink and hob are concealed beneath a timber lid with gas rams on the Sargo, the Nord Star’s sink cover is an unwieldy and heavy Corian lid that you struggle to find space for when it’s not in use.

Both of these issues are being looked at by the factory though, I am assured by the UK dealer. The Nord Star does, however, have a twin helm seat, whereas the Sargo favours a twin navigator’s seat with a single chair in front of the wheel.