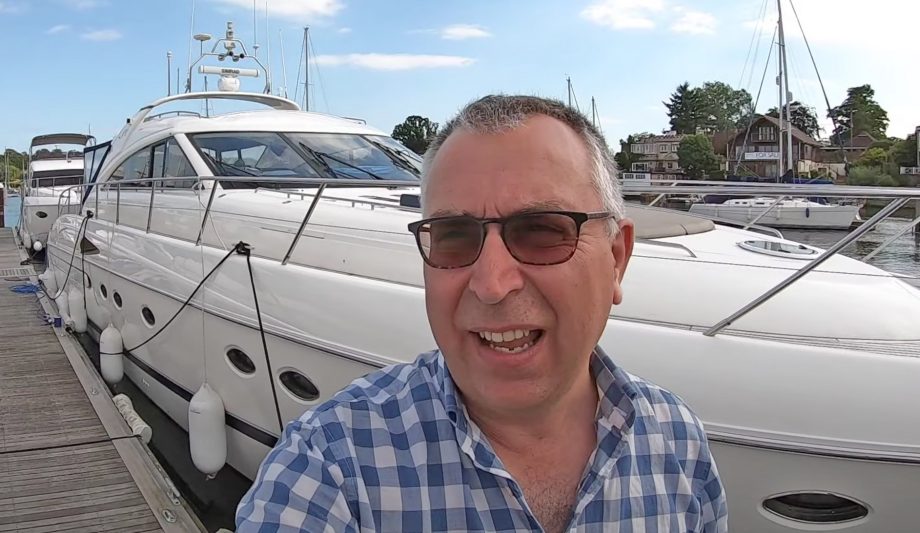 Nick has been an avid Princess Yachts fan for decades, but the original V65 still stands out as a particularly special model for him...

Launched at the start of the 21st century, the Princess V65 was the first boat he ever sold for more than £1million, but these days 15-year-old models are changing hands for less than £400,000.

In this video, Nick shows us around a 2001 version, which originally had two garages (one for the Jet Ski and one for the tender) but has since been modified to allow for a larger crew cabin.

Moving onto the main deck and the cockpit blends seamlessly into the helm area, giving one large socialising space that can be covered by canvas when the weather demands.

The lower saloon makes a big impression, with a glass-topped bar and three barstools, as well as a wrap-around sofa, all lit up by some really neat lighting to add to the premium feel of the Princess V65.