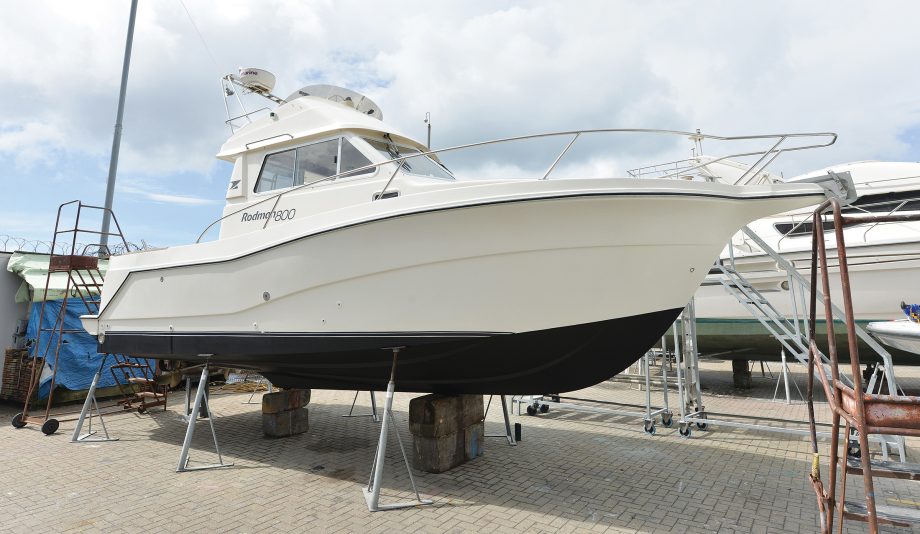 There’s a reassuring element to the roots of Spanish builder Rodman. Dating back over 40 years and steeped in the construction of commercial vessels such as fast patrol boats and passenger ferries, its leisure boat offerings, from the luxury Muse flybridges and Spirit fast cruisers through to its pilothouse/fisher range, have a ‘hewn from solid’ appeal that is rarely found at this price point.

“Construction is very solid,” says Bob Elliott, who runs a Rodman 800 as part of his Quality Time Training sea school fleet based in Portland. He bought his 2005 example in 2008 and has put over 3,000 engine hours on it since. He rates it highly. “It’s a great training boat, it’s not too imposing and easy to handle.

In this year’s Christmas boat test special, we head to Spain to test one of Rodman’s most successful models, the

“We’ve run the boat up through the Solent, down to the West Country and across the English Channel many times. We take students keen to experience cross-Channel work to Alderney and back in the same day.”

Bob has two 250hp Yanmar diesels in his boat, which he describes as ‘bombproof’. They’re a rare option and give the Rodman 800 a 30-knot top end. Rodman fitted the 800 with both single and twin installations. On launch, the base engine was a single Volvo Penta KAMD 43P driving a straight shaft.

Rodman utilised propeller tunnels to bring the propeller closer to the hull, reducing shaft angle for greater efficiency and lowering the height of the engine space as the engine was brought closer to horizontal.

That engine space is under the wheelhouse floor, which comprises part of the surprisingly decent accommodation for such a fishing-oriented vessel.

You can read our full Roman 800 used boat buyers’ guide in the December 2020 issue of MBY, which is out on November 5.