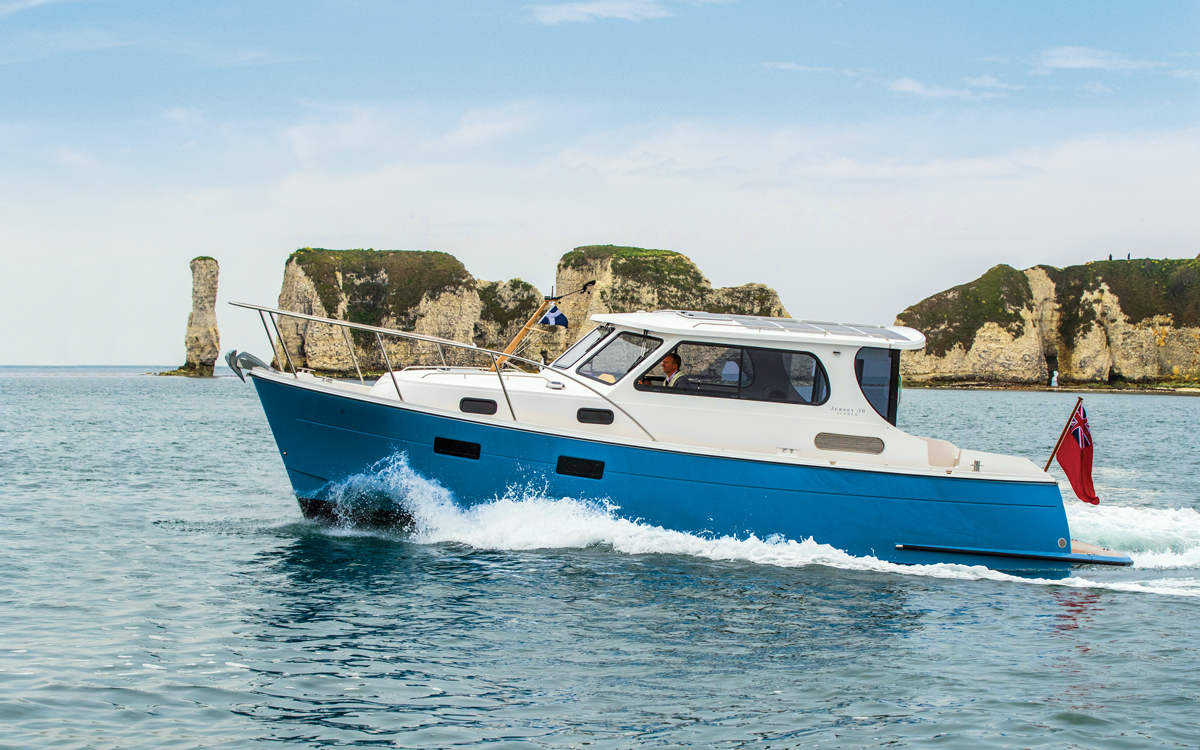 This British-built gentleman's launch can be customised to suit your every whim but how does the Jersey 36 Elanco fare out at sea?

The beauty of the British boatbuilding industry is that just when you think you know every yard, make and model there is to know, another one pops up to prove you wrong. In fairness, Landamores is far from new, having been building boats in Wroxham, Norfolk since 1923.

However, since the majority of them have been sailing yachts they haven’t troubled the pages of Motor Boat & Yachting for a while. Furthermore, until recently they rarely sold any boats under their own name as the lion’s share of production was given over to building the popular range of cruising yachts for Oyster.

When Landamores sold that part of its business to Oyster in 2012, it decided to start marketing boats under its own name again and now builds everything from one off custom-built sail and river boats to semi-production motor cruisers, like this Jersey 36.

If the shape looks familiar, that’s because it started life as the Arvor Guernsey 34 – a shortlived attempt by the US Brunswick group to create a crossover sportsfisher with the looks of a Downeast gentleman’s launch.

It never fitted comfortably into the Arvor range of simple, practical sportsfishers, and the moulds were passed on first to Sealine before being sold to Fibre Classics in Essex, which started building them under the Jersey name in 2015.

Now Landamores has bought the moulds, bringing to bear its expertise to create more upmarket, hand-crafted versions of both the Jersey 30 and 36, with the scope for further customisation where required.

The owner of the version we’re testing today took full advantage of this to create a truly bespoke craft ideally suited to his home waters of the Norfolk Broads, with the occasional foray further afield along the East Coast.

That meant specifying not just twin 150hp Volvo Penta D3 engines (options range from a single 150hp D3 to twin 300hp D4s) but also a 15kW Krautler electric motor on a steerable sail drive pod for up to 8 hours of silent cruising at 3-4 knots.

He also opted for the top-of-the- range Elanco fitout with handcrafted joinery, teak floors and decks throughout and, in this case, a unique interior layout with open-plan access to the forecabin and a wheelhouse designed to maximise seating space around an oversized dining table.

Read the full review of the Jersey 36 Elanco in the July 2019 edition of Motor Boat & Yachting.