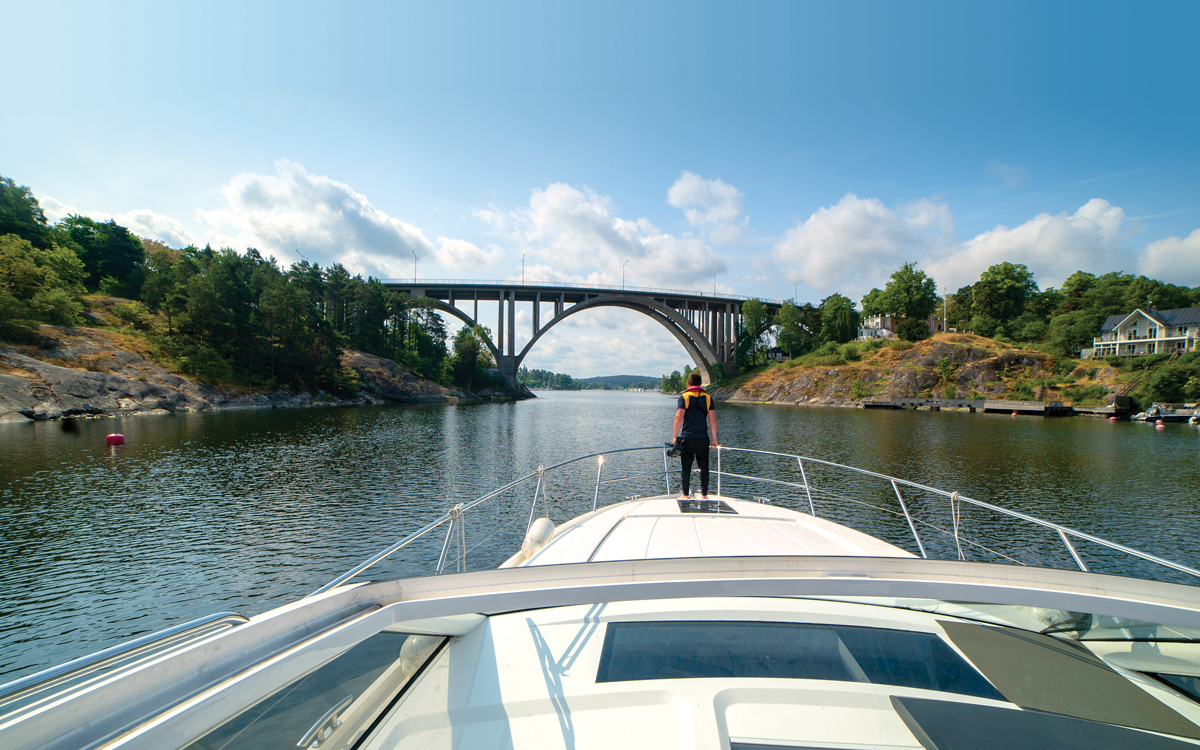 Having reached their destination of St Petersburg, John and the crew start the long journey back to Falmouth via Finland and Sweden

Another early morning start on a flat calm sea, destination Stockholm. This journey has been all about travelling – seeing as much as we can of the Baltic in the limited time we have available – but I feel deep regret leaving the tranquillity and beauty of Finland’s Archipelago Sea.

Although the approach to Stockholm is through another long archipelago – known as the Skärgård, it feels very different to the sea we have just left. The islands are bigger, the channels between them wider and the whole area is buzzing with boats, including numerous large cruise ships and ferries heading to and from Stockholm.

We’ve decided on Wasahamnen Marina, which in the words of the pilot guide is ‘sandwiched between the Vasa Museum and the aquarium.’ It’s hard to miss – the huge funfair alongside can be seen from miles around.

It’s not the most comfortable of marinas – from early morning to late at night we are bounced around by the wash of countless ferries and sightseeing boats criss-crossing the harbour. But it is very handy for hopping onto a pedestrian ferry to the main part of the city. And it has what is clearly an essential in northern Baltic marinas – a floating sauna!

Read the full feature in the July 2019 edition of Motor Boat & Yachting.

In our latest feature, Peter Cumberlidge explains why Stavanger Bay is the perfect starting point for boaters interested in cruising