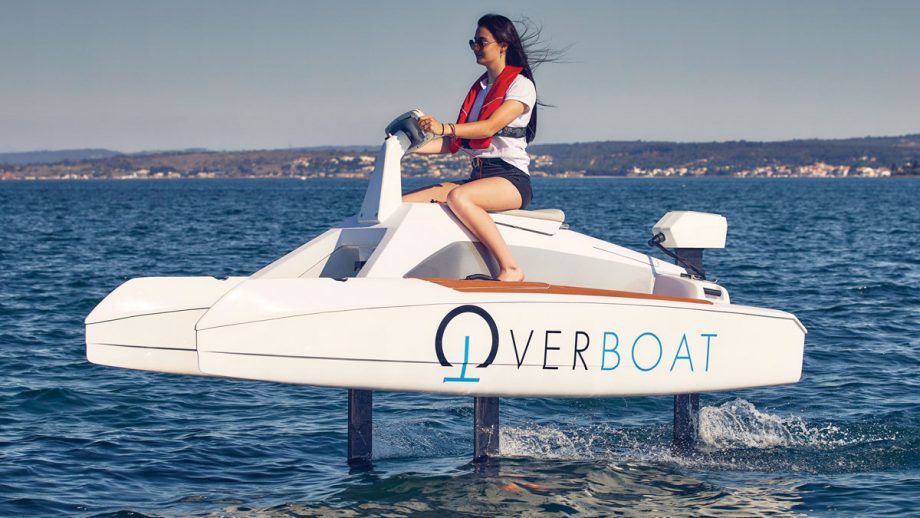 The development of hydrofoils dates back to 1898. Slightly more recently Bond baddie Emilio Largo attempted to escape using a hydrofoil-equipped motor yacht, the Disco Volante, in the 1965 007 movie Thunderball.

But whilst clearly they are nothing new, the current focus on energy efficiency means that they are certainly à la mode right now. Water is 800 times denser than air, so if you can get your boat out of the water and into the air, it’s a big efficiency win.

One of the latest companies to take advantage of hydrofoiling is Overboat. Its Overboat 150F is an 11ft personal watercraft fitted with an 8kW electric motor.

Could SEAir's foiling RIB change boating forever? We head to their HQ in France to test it out. Read all

Fitting foils to powerboats is all the rage, but how do they work and why is foiling back in fashion?

It lifts up onto three auto-regulated ‘T-foils’ once above 10 knots and powers up to a maximum speed of 20 knots with a 15 knot cruise.

Overboat claims that its design delivers a 20% reduction in energy consumption compared to a similar-sized outboard-powered boat, with the added benefit of zero noise and zero air pollution, plus the ability to cruise in protected inland areas.