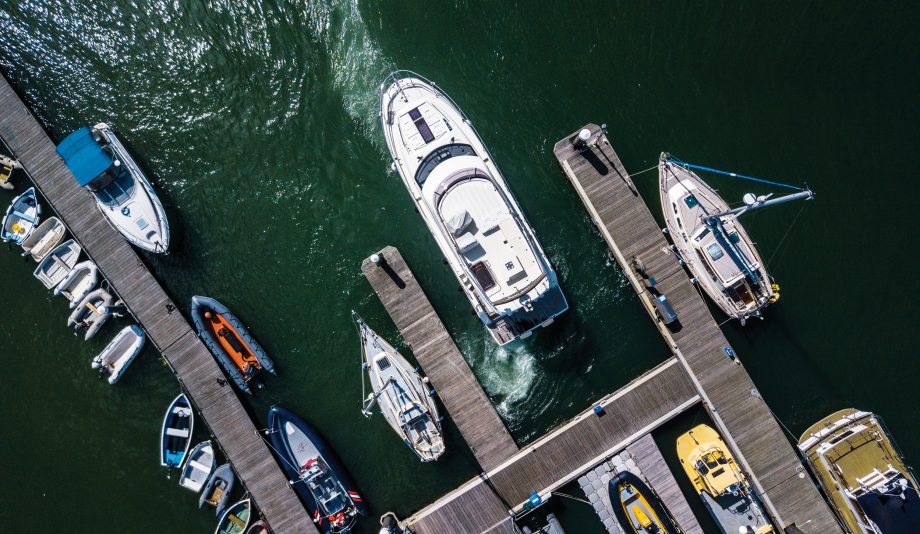 Raymarine’s DockSense system and its virtual fender is designed to banish berthing nerves, but does it do the trick? We put it to the test...

Most boaters would admit that berthing is the most difficult aspect of driving a boat. That moment at the end of a cruise when a crowd has amassed, the tide is running, the wind is blowing and the narrow square of water you’re aiming for looks smaller than ever.

We’ve heard too many stories of people becoming so anxious about this element of helming that the boat sits unused and becomes a source of anguish, not enjoyment.

As we reported back in March, the DockSense system from Raymarine intends to banish those cold-sweat berthing moments and take the stress and strain out of close quarters manoeuvring.

At the time it all sounded a little too good to be true but now we have used the system ourselves on Raymarine’s IPS600-powered Prestige 460 we can reveal whether it lives up to the promises.

First though, a refresher on how this system works. Raymarine has utilised the technology of its parent company FLIR and marinised its stereo machine cameras, which are usually used to count people in and out of shopping centres!

It has added a waterproof housing with automated covers to protect the cameras when not in use and heated lenses to remove moisture. The cameras look clunky on this prototype installation but once adopted by
boat builders the integration should be more aesthetically pleasing.

Up to five cameras need to be installed around the boat (two on the bow, two amidships and one astern) and they build a 3D picture of the boat’s surroundings, picking up any object that is over 40cm above the surface of the water.

Raymarine says the cameras will even pick up Med-style ground lines if they are thick enough. This information and a GPS feed that monitors the boat’s motion is fed back to the DockSense processer and displayed via a dedicated app on the Axiom MFD. This screen shows a radar-style overhead view of the boat and its surroundings as well as a video stream from each camera.

The virtual fender can be set at a chosen perimeter (usually 1m) and, if at risk of being encroached on by a pontoon, pile or neighbouring boat for example, DockSense will slow the boat and bring it to a controlled stop at the point where said object touches the edge of the virtual fender.

Read our full report on the Raymarine DockSense system in the November 2019 edition of Motor Boat & Yachting.