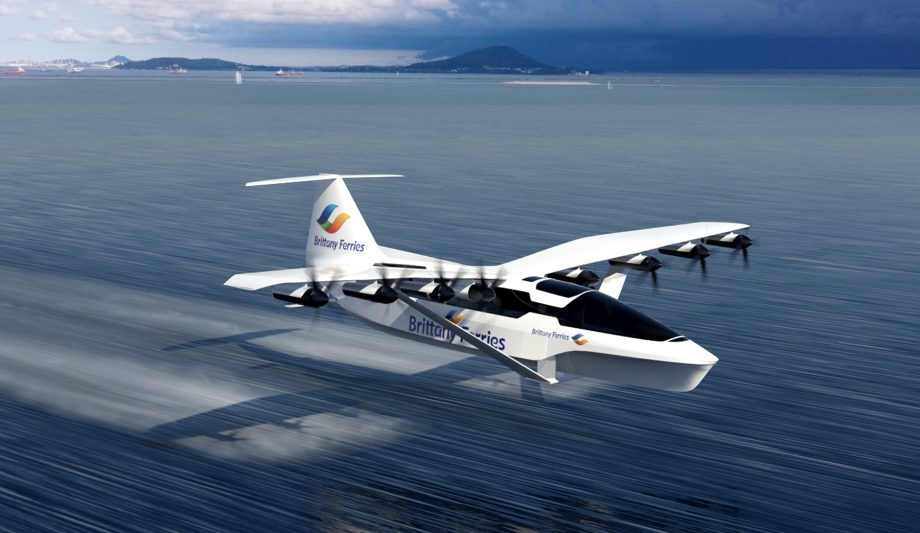 Part hydrofoil ferry, part electric plane, the Seaglider could slash Channel crossing times by 78% according to its designers.

A radical flying ferry concept that can fly at speeds of up to 180mph is being touted by Brittany Ferries as the future of passenger ships.

The operator signed a letter of intent with Boston-based start-up REGENT (Regional Electric Ground Effect Nautical Transport) last year that could see the first Seaglider carrying up to 150 passengers from the UK to France in 2028. And earlier this month, a prototype REGENT Seaglider completed its first test flight.

The electric design is described as a wing-in-ground effect vehicle (WIG) and it is meant to combine the comfort of hydrofoils, the aerodynamic efficiency of a hovercraft and the speed of an aircraft.

What’s more, the Seaglider could dock at existing ferry ports, negating the need for any infrastructure investment. The first models would have a 180-mile range, but with the development of next-generation batteries, REGENT predicts that this could increase to 500 miles.

REGENT estimates that a Seaglider could cut the journey time from Portsmouth to Cherbourg to 40 minutes, a reduction of 78% on the current 3-hour crossing time by a traditional ferry.

“Seaglider is an attractive and exciting concept and we look forward to working with REGENT in the months and years to come,” said Frédéric Pouget, ports and operations director for Brittany Ferries. “Who knows; this could be the birth of ferries that fly across the Channel.”

Dodging these high-speed flying ferries could pose a significant challenge to leisure boats, even those with the latest AIS technology installed.

In a joint statement, Brittany Ferries and REGENT added: “[We] understand that many technological, practical and regulatory milestones lie ahead.

“However, caution should not stand as an impediment to the development of a promising concept that already has a history in military applications and smaller leisure craft operating around the world.”

Jonathan Ridley, head of engineering at Warsash Maritime School, told the BBC the plans were “really quite viable”.