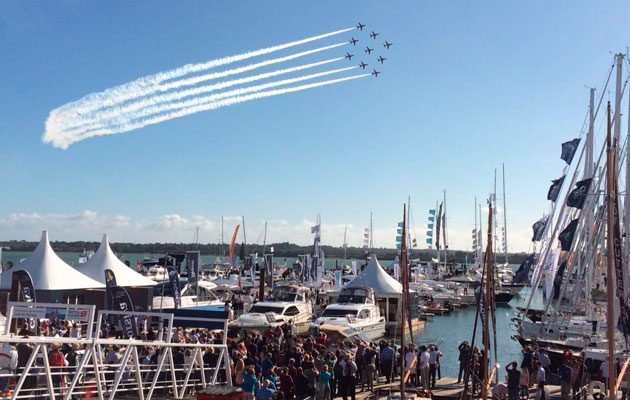 This year’s Southampton Boat Show has got off to a strong start, with organisers British Marine Boat Shows claiming a 3% rise in attendance over the opening weekend.

The Southampton Boat Show attendance figures are even rosier when compared to 2013, which results in a 5% boost in attendance for Britain’s biggest boat show over the past two years.

Highlights so far have included a guest appearance from Formula 1 presenter Suzi Perry, music from Britain’s Got Talent winners Collabro, and an aerial display from RAF stunt team The Red Arrows.

And on the water, world premieres from Fairline Boats, Princess Yachts and Bénéteau have further piqued the interest of boat lovers.

Sunseeker to celebrate Best of British at Southampton show

GALLERY: 12 new boats you have to see at the Southampton

However, with five full days still to come, the organisers were keen to stress that there is still plenty of attractions to lure visitors down to Mayflower Park, including the return of Ladies Day on Thursday (September 17).

Penny Hopkins at Dean and Reddyhoff marinas was equally upbeat, adding: “We had a fantastic and busy first day at the show, we have had a steady stream of visitors to the stand and received lots of new business enquiries.”

Tickets for the 2015 Southampton Boat Show are available online or on the door, with prices starting at £15 per adult – don’t forget to drop by stand E001 and say hello to the MBY team.

To see the organiser’s highlights of the show so far, click on the video above, or for Jack Haines’ quick guide of the key new boats on display, check out the video below: