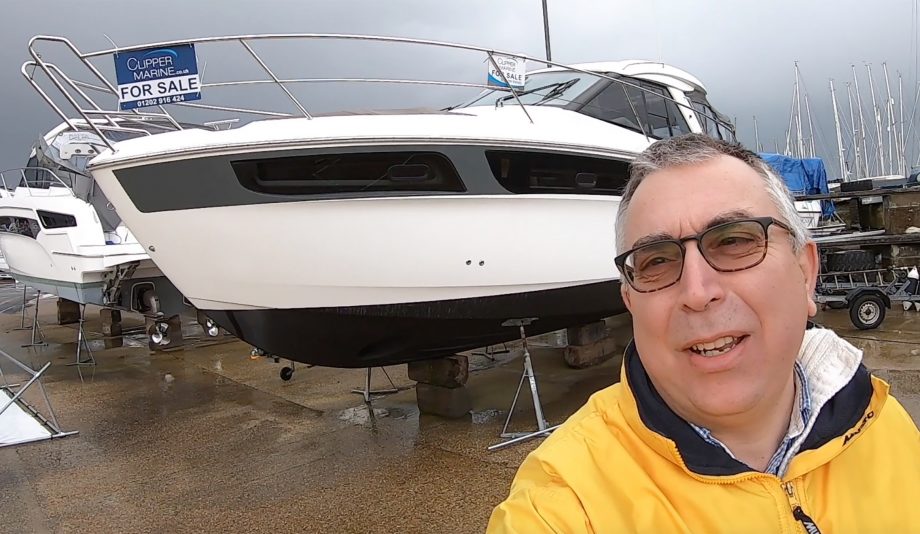 At first glance, the Bavaria Sport 360 looked like no more than a ‘stripes and cushions’ tart-up of the outgoing Bavaria Sport 35 when it launched in 2014. However, closer inspection revealed that the revamp was far more detailed than a few cosmetic changes

One of them was almost invisible right up until the moment you spotted it, at which point it became glaringly obvious – all of the internal woodwork had been rotated 90 degrees. The grain, which had been vertical, was now horizontal. The reasoning was that vertical grain is more associated with cheaper sailing boats – expensive motor boats have a horizontal grain.

And that level of attention to detail echoes through the entire boat – it’s as though Bavaria asked its Sport 35 owners for a list of required improvements and then implemented them.

So the general arrangement of the lower deck remains unchanged – two cabins, one each end, separated by the saloon and galley, but useful improvements include a centreline double berth in the forward cabin in place of the vee berths of the Sport 35 and an extended aft cabin settee that not only gives more relaxing space, it’s also big enough for the cushions to double as infills, converting the two single berths into a double.

All of the spaces are well proportioned. The mid cabin is particularly impressive with a high-ceilinged lobby that runs all the way aft giving plenty of space for getting dressed (and plenty of storage for clothes, there’s a chest of drawers in here as well as the expected hanging locker). The headroom only drops over the beds, but even here it’s pretty good.

The same is true throughout the Bavaria Sport 360 – headroom is plentiful, as is floorspace, the heads is a good size (albeit not quite large enough for a separate shower stall) and the galley is L-shaped with decent lockers.

The only sign of compromise is the forward cabin where floor space is a little pinched due to the switch to a centreline double. The view out changed too, the portholes of the 35 were swapped for larger hull windows.

Changes weren’t limited to the layout and grain direction, there was a general lift in quality over the Sport 35. Galley worktops were upgraded, the electrical panel and microwave were moved behind cupboard doors and the lighting is particularly noteworthy.

While many builders were providing overhead lights only, Bavaria added concealed lighting under cabin steps, beneath the settees and beds and above high-level galley cupboards. It’s remarkable attention to detail for what is ostensibly a budget brand (the Bavaria was priced to compete with Jeanneau and Beneteau – at launch the cheapest diesel powered Sport 360 cost just £141,000, admittedly before some fairly essential options were added).