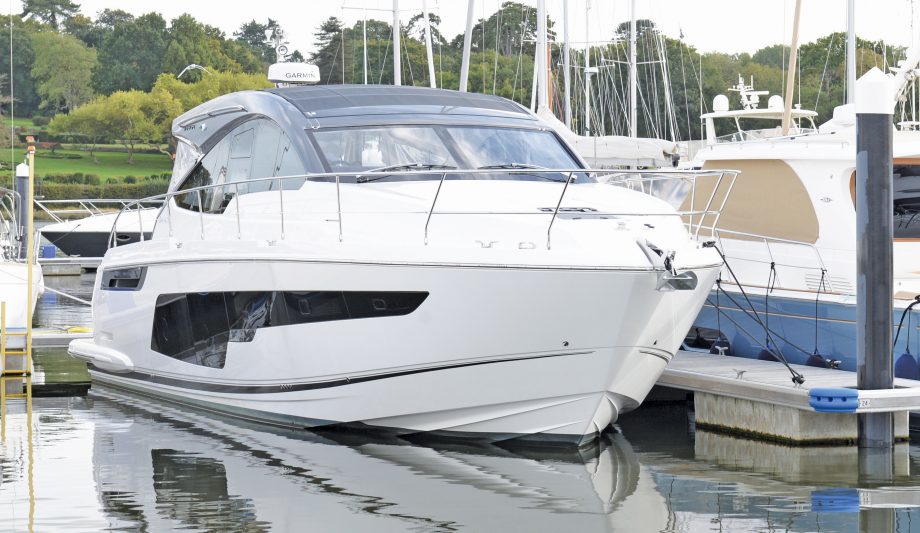 Our resident used boat expert Nick Burnham explains how to find a good Fairline Targa 48 on the secondhand market.

The year 2013 was a golden one for 50ft hardtop sportscruisers. At the London Boat Show in January, Sunseeker launched its new San Remo, a 50ft sportscruiser with a cockpit beneath its open-backed hardtop and a full-beam master cabin.

Princess launched its V48 Open at the Cannes boat show later that same year. Longer, wider and higher than the original V48, it was powered by IPS drives and offered an even larger, full height, full beam owner’s cabin.

In fact, Princess offered two versions – both sported a hard top but the Open had an open-backed roof over a cockpit, while the alternative had a fully enclosed deck saloon with sliding ‘patio doors’.

Exclusive footage from our boat test of the Fairline Squadron 48

A few weeks later (just like buses – you wait for ages and then three turn up together) Fairline revealed a 48 of its own. However, it went one step further, offering a Squadron 48 flybridge on the same hull as well as two Targa 48s, the Open and the GT. The first of these, the Open version was shown at the 2013 Southampton Boat Show in September.

Of all three manufacturers, it was perhaps Fairline’s offering that was most significant. At launch, it was the first all-new Fairline model for two years. With almost £3 million invested in its development, Fairline was betting the farm on this boat and it showed.

Read Nick’s full used boat report on the Fairline Targa 48 in the January 2021 issue of MBY, out December 3.