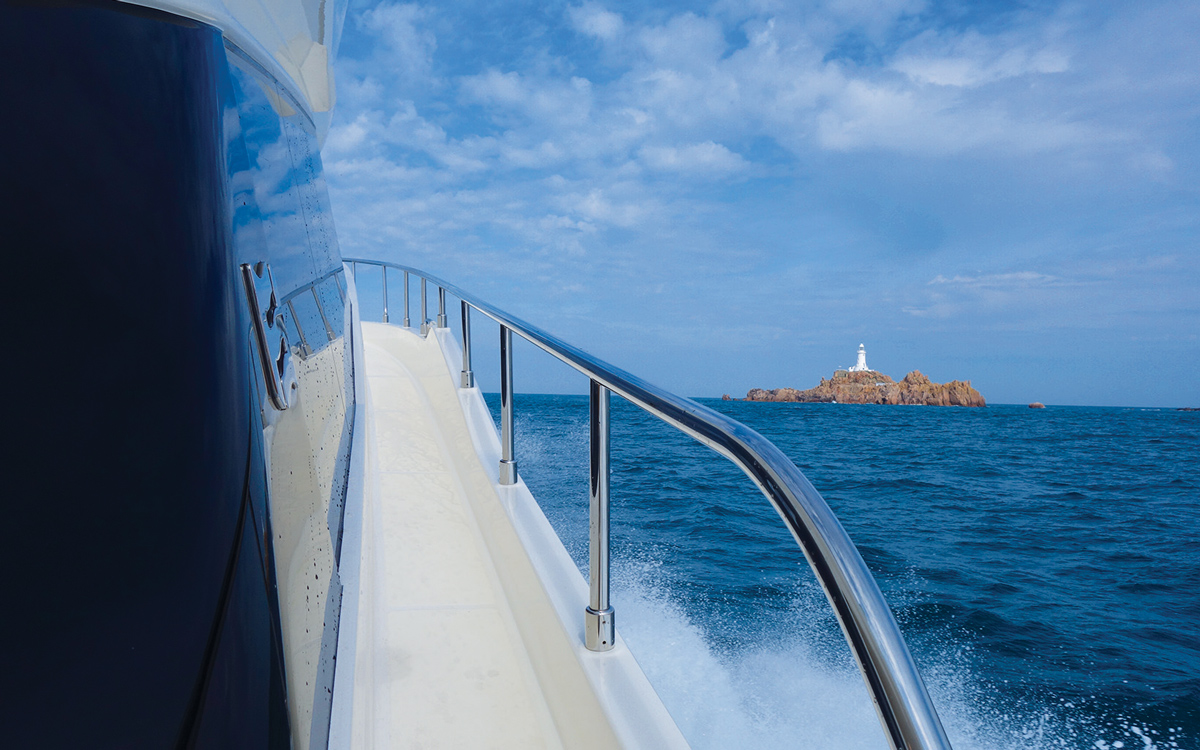 Ferretti has been physically absent from our shores for some while. 2006 was the last year you’d have seen a Ferretti at a British boat show, London to be precise, even though its UK dealer Ventura has continued to represent the brand for years. But while the London boat show is no more, Ferretti is back.

“Ferretti’s line up focuses strongly on the 70-100ft segment, with only the 550 dropping below that level. When the Ferretti 450 was launched we realised that this would be an ideal UK boat,” says Mike Newton-Woof of Ferretti dealer Ventura.

In fact, it was three years before a Ferretti 450 was sourced for the UK, so when MBY was invited to join this boat for its triumphant cross-Channel return to the mainland, we jumped at the chance.

The first time I clap eyes on the boat is in St Helier Marina, Jersey. Finished in trademark Ferretti pale cream (Mike claims that cream withstands harsh Mediterranean sunshine better than white) it has a conservative cab-forward stance, short on foredeck with the raked windscreen pushed well toward the bow.

Flush black window frames and tinted side glass give the appearance of a continuous band of glass that segues into black C pillars embossed with large, confident trademark Ferretti logos. The Ferretti 450 is well proportioned, if not especially flamboyant given its Italian heritage. At least it won’t date quickly, and unlike many modern boats, it doesn’t look too high or bloated.

Read the full review in the September 2019 edition of MBY.

Acres of glazing and a choice of layouts ensures the new Ferretti 780 has a truly global outlook, writes Alan