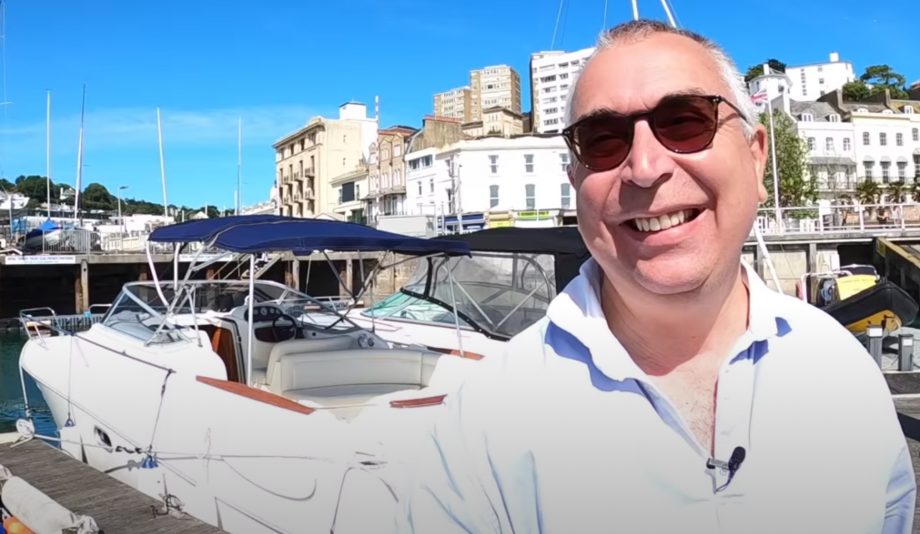 The most common question that our used boat expert Nick Burnham gets asked is: “How much does it cost to run a boat?” In this video he explains all the variables...

The Jeanneau Leader 805 that Nick owns is a great example of a starter boat and so gives a realistic measure of how much your first boat could cost you on an ongoing basis.

The oft-quoted figure for running costs is 10% of the purchase price per year, but is that really accurate?

Well, the biggest chunk goes on mooring costs – Nick keeps his boat in a council-owned marina in Torbay and pays just over £2,000 per year for the privilege, but as he explains, a fully-serviced marina in a premium location such as Poole can cost more than four times as much.

If your budget doesn’t stretch that far, then a swinging mooring is a more affordable option, costing hundreds rather than thousands of pounds per year.

Nick’s boat is powered by a single Volvo Penta D4 shaft-drive engine, which requires just over £1,000 per year for annual servicing (plus another £400-£500 to service the outdrive every other year), however this cost can be trimmed by going outside of your engine manufacturer’s dealer network, or learning to do it yourself.

It’s worth noting that these prices don’t include any additional repair costs that might come up when your engine goes wrong (and if you have a twin-engined boat, you need to double all these figures).

Moving down the list, and another essential running cost is antifouling, which sets Nick back around £750 per year (including lifting out, scrubbing down, painting and relaunching), while replacing anodes is another £50-£100 per year. Another £400 per year goes on insurance, while Seastart breakdown assistance costs £150 per year.

Fuel consumption is one of the most variable figures as it depends on how you use your boat, but Nick managed to get 62 engine hours of boating in last year by burning just under 740 litres of diesel. Based on an average red diesel price of £1.37/litre, that’s a total cost of £1,000 on fuel and around £6,000 per year running costs overall.

So taking all of that into account and the average cost of a brand new 8m sportscruiser (around £150,000), maybe the old 10% running costs maxim isn’t that accurate after all…