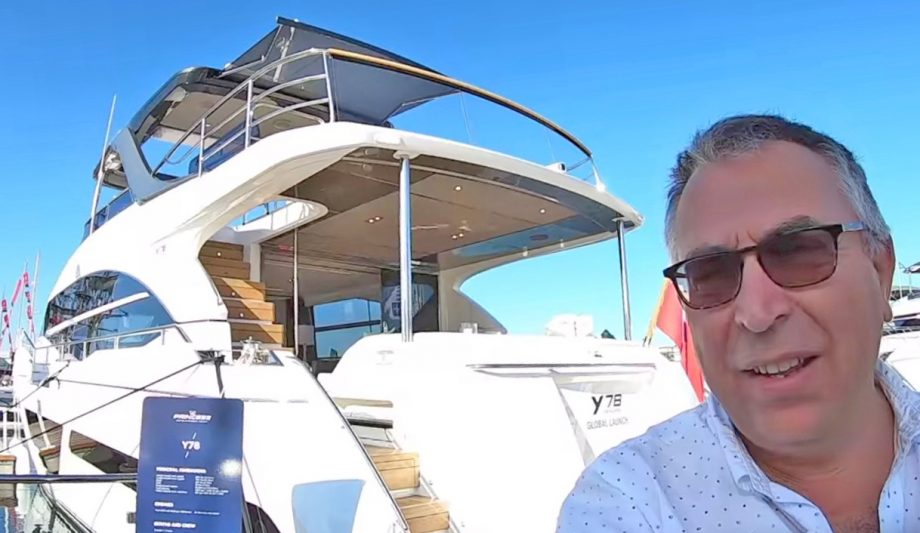 The Princess Y78 is right on the cusp between owner-operated boats and superyachts. Nick takes us on a full yacht tour

For many, the joy of boating is the freedom to go where you want, when you want and with who you want – and for this reason, boats that limbo under the 24m LWL mark are always in demand.

This is the point above which all sorts of regulations around crew, licensing and more kick in as your yacht technically becomes a superyacht.

The Princess Y78 that Nick tours in this video is a great example and could be considered that largest boat that you can run without any kind of professional help.

It would take a very experienced owner-operator to run one of these, though, as the Y78 is a serious piece of machinery.

As well as offering four guest cabins and a decent crew quarters, the Y78’s engine room comes kitted out with a pair of MAN V12s for a top speed of 36 knots.

In boat that weighs over 54 tonnes, you need to know what you’re doing with that kind of power under your control.

And with an asking price just under £3m before tax, maybe a hiring a professional captain wouldn’t be such a bad idea after all…