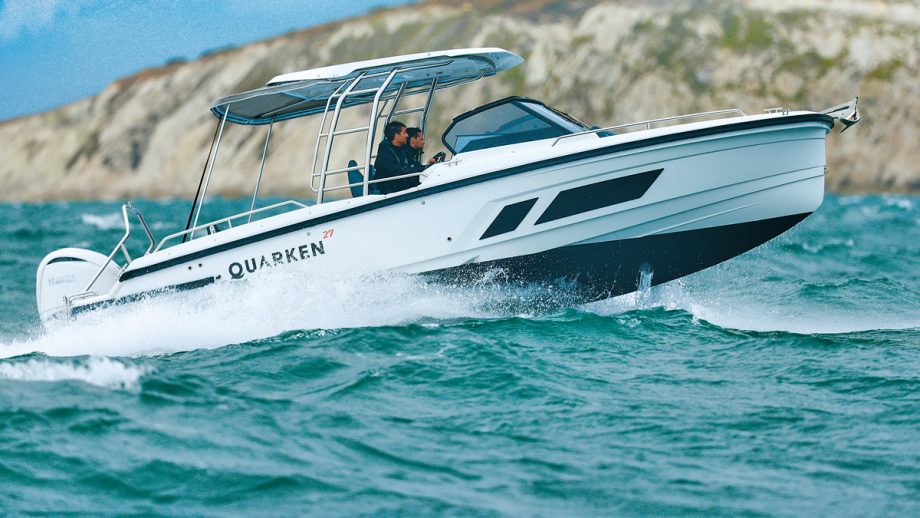 Designed in Finland, based in Finland and built in Finland, the new Quarken 27 T-Top is a fast weekender with a difference. Alex Smith takes it for a test drive...

Following a succession of seriously impressive boats from Axopar, XO and Saxdor, the plumb-bowed weekender has begun to seem like a distinctly Finnish innovation.

It doesn’t matter that most of these boats are built in Poland, thanks to their distinctively Scandinavian style, the brands themselves feel every bit as Finnish as salty licorice and the Moomins.

Such has been their success, that European yards have now started to mimic it, so it’s good to see that the latest boat to arrive on the scene is not from an established European builder trying to shoulder its way into a lucrative new market but from a Finnish brand with authentic Finnish roots.

Established in December 2021, Quarken is the brainchild of industrial designer, Jussi Hurskainen, in collaboration with Osmo Roukala and Antero Sundeberg.

Together, they bring with them valuable experience working on award-winning craft from the likes of Yamarin, Finnmaster, Husky, Grandezza and Saxdor.

And happily, while Quarken is based in the Finnish region of Kvarken (and is in fact an Anglicised version of that place name), this is not just a Finnish boat in terms of its postcode.

In stark contrast to the bulk of its competitors, Quarken boats are actually built in the Gulf of Bothnia, at the heart of Finland’s boat-building industry.

Read Alex’s full review of the Quarken 27 T-Top in the October 2022 issue of MBY, which is out now.