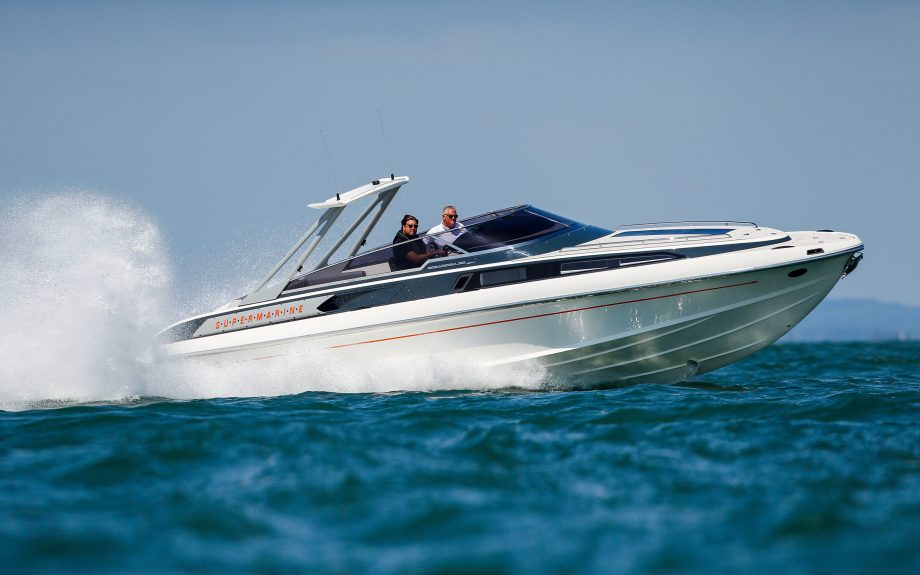 With the faultless Alan Burnard Fairey hull at its core, can this modern Supermarine Spearfish 32 live up to the reputation of its iconic predecessors?

There aren’t many new boats on sale today that can trace their ancestry back to the late 1960s. It was at that time that designer Alan Burnard was instructed by Fairey Marine, under pressure to build a boat in GRP, to create a concept that was true to the famous race-bred wooden Faireys that had gone before it but embraced more modern construction principles.

The result was the Spearfish 30, which made its debut at the London Boat Show in 1969 having been built by Tylers of Tonbridge. Over the years that followed 136 units were built; 73 Spearfish and 63 Spears, a military version of the boat which was pressed into service all over the world.

According to the Fairey Owners’ Club, around 35 original Spearfish are still in use in the Maldives, where their outstanding sea-keeping and cushioned ride make them the perfect tool for crossing between the islands in the choppy seas.

Fast forward to June 2021 and the modern incarnation of the Spearfish is tied to a tide-ravaged pontoon on the banks of Chichester Harbour at Northshore Shipyard. On the outskirts of Itchenor Village, Northshore is a site that hums with its own tune of history – in the Second World War, its brick and timber sheds, designed to blend in with the buildings of the village to avoid bombing raids, built Fairmile H landing craft on behalf of the MOD.

In more recent times the yard produced Southerly sailing yachts before the acquisition of the original Spearfish 30 mould tools signalled a shift to creating the Supermarine brand and modern interpretations of the iconic Fairey powerboats.

To my eye, Supermarine and its designers have done a terrific job of updating the original for life in the 21st Century. I have little doubt that the sight of grey synthetic teak and flashes of orange along the topsides will have some Fairey purists spitting their pipes out in disgust but this was not a boat designed to appeal solely to those who have intimate knowledge of its bloodline.

Andrew Whittaker, design and development manager at Supermarine, explained that the modern Spearfish needed appeal outside the narrow prism of Fairey fans.

For our full review of the Supermarine Spearfish 32, pick up the September issue of MBY, out August 5.