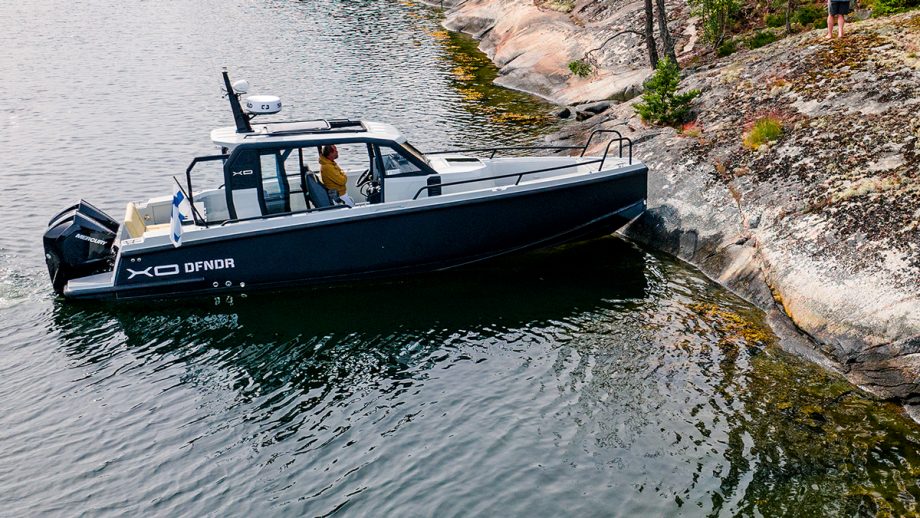 Is the XO DFNDR 9 the new top dog in the world of fast weekenders? We take a 300-mile cruise through the Finnish wilderness to find out...

Finland’s boating culture is uniquely deep rooted. With more than 1.2 million registered boats among a population of just 5.5 million, it has far and away the highest level of boat ownership per capita in the world – and when you get to know the country, it’s easy to see why.

With more than 180,000 islands, its entire coastline is ring-fenced by complex maritime labyrinths that make a magnificent playground for boaters.

And even the mainland itself is a wild and fractured place, cut through with waterways to such an extent that it sometimes feels as though it’s better defined by the water than the land.

As you might expect then, the Finnish learn about boats from a very young age and they use boats not just as an occasional escape but as a routine part of everyday life. Jaakko Kantola, the XO designer, is a case in point.

He lives on a small island called Granholmen and commutes to work in Helsinki by boat. In fact, having picked me up from the airport, I now find myself sitting in his little open runabout, as we make the short hop across to his house.

As a commuting tool, it’s certainly a lot more charming than a company car but the boat we’ve really come to see is the new XO DFNDR 9.

And as we arrive at Jaakko’s personal pontoon, there it is in all its splendour – perched alongside like a happy hybrid of a tough Nordic four-season cruiser and a slick Mediterranean performance machine.

Read Alex’s full review of XO DFNDR9 in the October 2022 issue of MBY, which is out now.