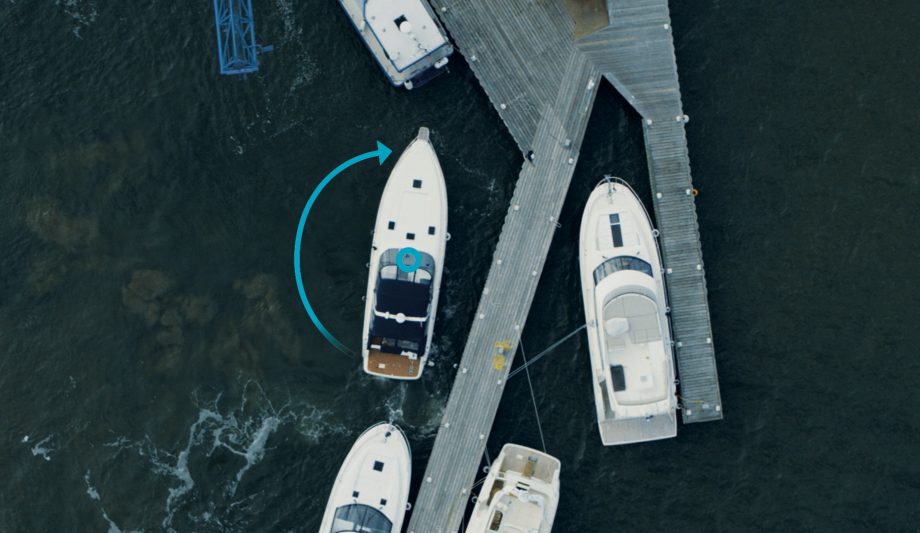 Volvo’s latest Assisted Docking software claims to take the stress out of berthing by automatically compensating for the effects of wind and tide.

And while it’s only a matter of time before fully automated hands-free berthing becomes a reality – Volvo demonstrated a working prototype back in 2018 which relied on radio beacons installed around the berth – we’re not there yet.

In the meantime, both Volvo and Raymarine are locked in a battle to get as close to that as possible without taking control out of the hands of the skipper.

Last year Raymarine launched its DockSense system using a network of cameras around the boat to set up a virtual bumper that stops it bumping into anything as it comes into a berth. Now Volvo has hit back with a new development of its own.

Launched last month at the Consumer Electronics Show and available to the public this spring on both new and existing IPS boats, Assisted Docking claims to take the stress out of berthing by automatically compensating for the effects of wind and tide.

This may not sound like a big deal but in reality this is the one aspect of berthing that many boat owners still struggle with.

Even with the latest joystick-controlled boats, skippers have to second-guess how the wind and tide will push the boat around as they try to squeeze into a berth.

With Assisted Docking, all that is taken care of, meaning the boat now goes exactly where you ask it to.

Read our full report on the Volvo Penta Assisted Docking system in the March issue of MBY, which is out now.