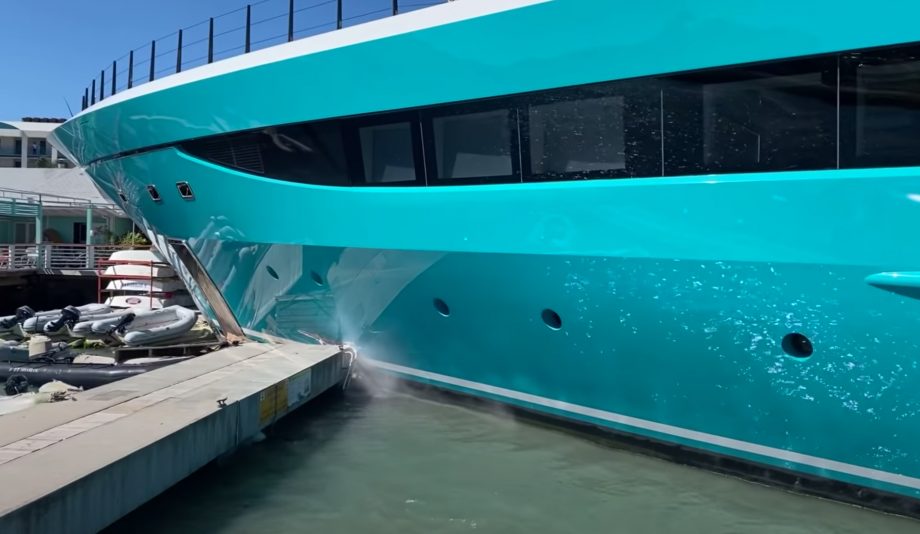 Footage has emerged of a 235ft superyacht crashing into a luxury Caribbean yacht club’s pier, causing visible damage to both the yacht and the dock.

Onlookers were shocked last week (February 24) when a 235ft (77m) superyacht collided with the dock of Sint Maarten Yacht Club in the Caribbean.

Video footage of the incident shows the extent of the damage – while the pier took the brunt of it, the superyacht’s steel hull didn’t come off unscathed.

Computer malfunction was to blame for the sickening superyacht crash, according to local publication The Daily Herald, which adds that no-one was injured as a result.

The incident took place at around 1015 local time and the newspaper added that an insurer had already been to assess the extent of the damage by the end of the day.

If you think you’re having a bad day at work, spare a thought for the captain and crew who had to explain this situation to their yacht’s owner.