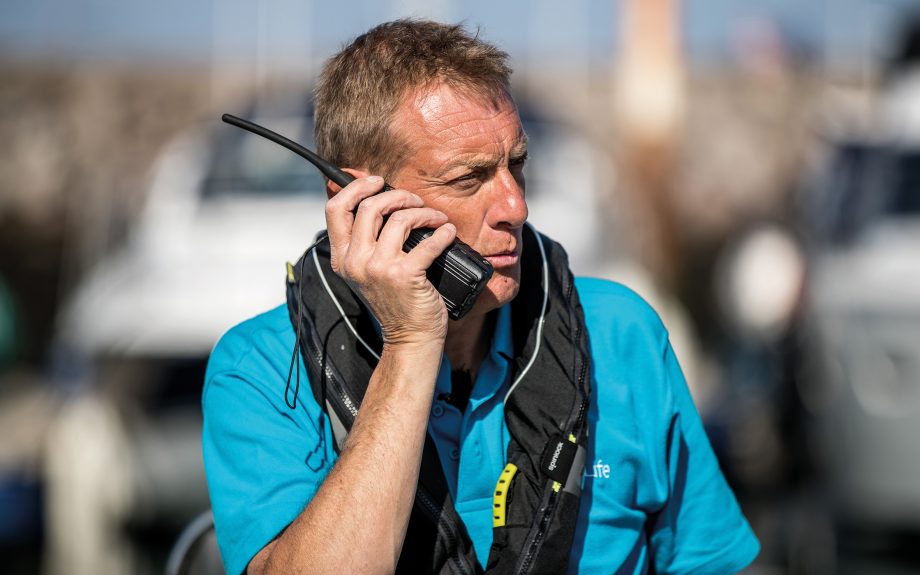 When you are new to boating or the boat is new to you, one of the first things you need to do is license the VHF radio to you, the owner. Jon Mendez explains how it's done...

VHF radio licences are free, you just need to go to www.ofcom.org.uk and select Marine VHF. You will also need an operator’s licence for at least one person aboard, usually the skipper.

This is administered by the RYA who can advise you where to take the relevant course and exam. Licences for both vessel and operator are about the only part of UK boating that is compulsory.

Your radio licence will have two pieces of vital information – your MMSI and Call Sign. The MMSI (Maritime Mobile Service Identity) is a nine-digit number that identifies your radio and means that if you send a digital message the recipient can identify who it’s from.

Certain functions, like Anchor Watch, can also be linked via an app to your smartphone

The Call Sign is the second method of identifying your vessel. Displaying both of these prominently on your boat near the radio set is a sensible idea in case any of your crew need to use it.

A printed out procedure card with that and all the information needed to send a full Mayday message is even better. Digital Selective Calling (DSC) needs you to enter the MMSI (just once, and it can’t be changed) into your VHF for it to work correctly.

Check that your VHF radio is linked to a GPS source such as a chartplotter (some modern sets have their own GPS receiver built in) so that it can transmit your exact position too. If working correctly, your lat and long is usually displayed on the VHF screen or with a symbol.

If your VHF set lacks a DSC function then it’s good practice to have your lat and long viewable on a plotter screen or a GPS unit at all times so anybody aboard can call it out.

If your set doesn’t have DSC or hasn’t been linked to a GPS, always have your position information on display somewhere else near to the VHF, such as in the corner of your chartplotter. All photos: Richard Langdon

How to use a VHF radio correctly is an essential boating skill; you don’t want to be fumbling about trying to remember the training when you really need it.

You, as skipper, should have a good understanding of how it works, how to adjust it and how to send an emergency message. Ideally, at least one other person aboard should also have a working knowledge of the basics.

For local boating (and as a back-up) a handheld radio might be enough, however a fixed set has more power and better features, and when combined with a taller aerial, will allow you to receive and transmit over a significantly longer distance.

The first thing you need to know is how to turn it on – many newer sets are not as intuitive as you might think. Once on, turn it up to half volume so there is something to listen to, now adjust the squelch.

Turning the squelch up reduces unwanted background noise but also reduces its sensitivity, so aim to set the squelch as low as possible to maximise its reception. Be sure you do this every time you venture out.

Speaking into a VHF also requires practice, try to speak louder, slower and enunciate your words so that everything you say is as clear and precise as possible.

To activate the red DSC Mayday button, lift the cover, press and hold for five seconds. This will send a digital message to all stations containing your position, time and MMSI details

The DSC function is similar to sending a text message except that the text is already composed, you just choose who to send it to.

The red distress button on the face plate of most modern radios simply requires pressing for five seconds for it to send a
Mayday message to All Stations, including the coastguard.

The message contains your MMSI, GPS position and time; using the menu function you can also add a reason for the distress such as fire, sinking etc.

This Mayday DSC transmission must now be followed up with a spoken Mayday message, hence the reason for having a prepared card to make this easier.

The DSC menu also allows you to carry out a radio check with a simple button push instead of having to trouble another vessel or coastguard stations.

An almanac will have all the local channels for marinas, ports and other facilities. Get to know your set and your area so that you become comfortable using it. It’s a really helpful tool as well as a vital piece of safety equipment.

Looking to upgrade or replace your VHF? Check out YBW’s guide to the best handheld marine radios on the market right now.