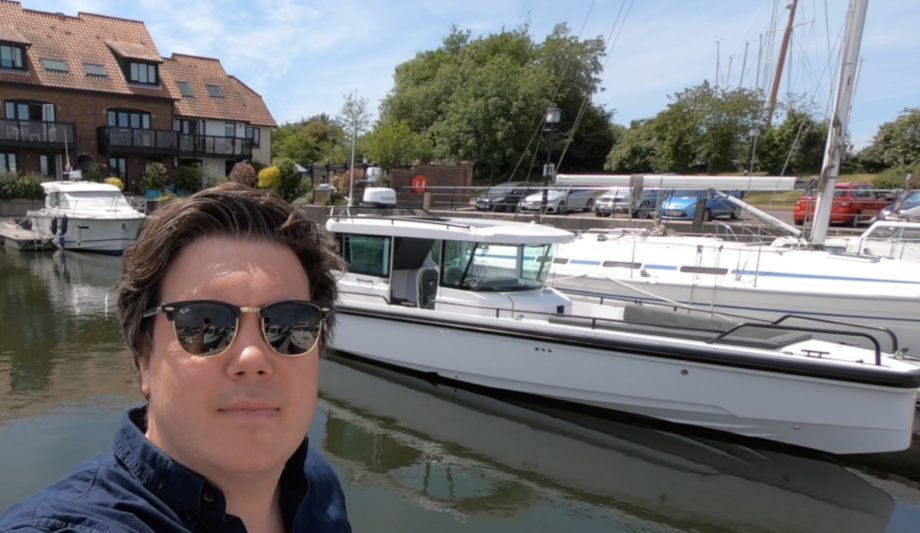 It says much about the Axopar 28's design that even the dealers were taken aback by its radical styling when it was unveiled to them at the end of 2014. Jack Haines explains how to spot a good secondhand model…

Steve Lane, MD of Offshore Powerboats, sole agent for Axopar in the UK at the time recalls: “Considering the price and build time, we wondered whether it was going to work at all with such aggressive lines and the variety of modules on deck.

“Thanks to the online configurator the customer experience was also like nothing we had seen before.”

Aside from the eye-catching pricing strategy, it was the Axopar 28’s outstanding hull and deck design that had journalists and customers rejoicing.

The team behind it had previously been responsible for Paragon and XO and that pedigree flowed through the veins of the Axopar to create the most practical and versatile 28-footer on the market.

There was not an inch of deck space that hadn’t been put to good use and the twin-stepped hull was soft riding, agile and efficient.

The ace up its sleeve was the number of different deck configurations available. You could have it has an Open, a T-top or with a fully enclosed wheelhouse in the Cabin version.

The aft deck was available as a clear space, best for those who enjoyed watersports, with a wetbar or a raised double sunpad, which cleverly incorporated a snug double cabin underneath.

Sporting a knife-like bow and a smooth-riding hull, the Axopar 28 makes an ideal Solent day-trip companion, as Jack Haines

With the separate heads built into the helm console this meant that owners could spend the odd night on board if they wanted, giving the Axopar 28’s usability a further boost.

The attractiveness of this package and its pick ‘n’ mix deck, talented hull, strong performance and hugely competitive starting price made it an overnight success.

Read our full Axopar 28 used boat buyer’s guide in the August 2020 edition of Motor Boat & Yachting, which is out now.