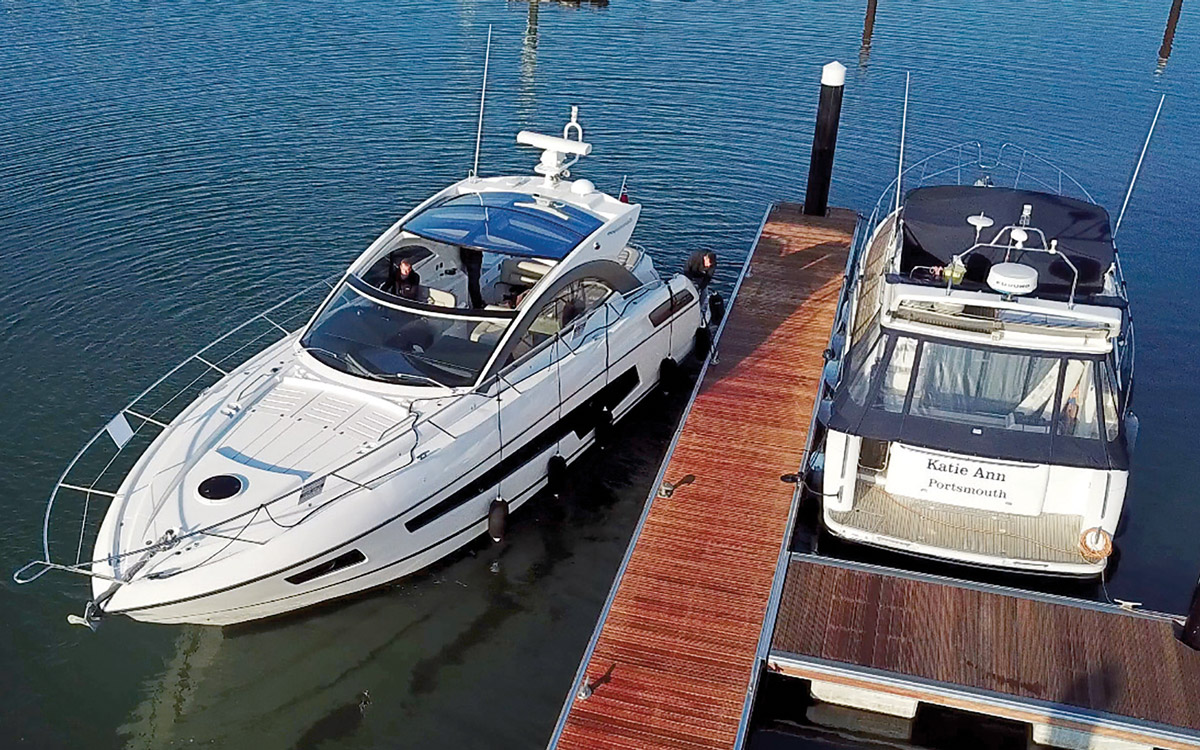 The growing popularity of joystick systems, not to mention bow and stern thrusters, means the art of using springs and lines to get on and off a berth is rarely practised these days.

However, it’s still a useful skill to have in your tool box if your thruster fails or the wind proves too strong for its limited power and duration. Before thrusters, driving ahead or astern against a spring or line was pretty much the norm for getting off a berth, particularly if the wind was pinning you on.

The usual technique is to force out the end of the boat, which is facing into the elements, so if the wind is on the bow use a stern spring but if the wind is on the stern use a bow spring. The technique still works as well as ever, although the tall bows and prominent bathing platforms of modern craft can make things a little trickier. And don’t forget that big engines put a lot of strain on a line even at tickover, so be extra careful with the crew’s hands.

The starting point for springing off is an easily slipped line that is taken from the boat’s bow or stern cleat, looped around the shoreside cleat, brought back onboard and made off to the same boat cleat with a relatively short end so that it has the least chance of tangling when released.

I wouldn’t advise motoring ahead against a bow spring in a large boat when berthed on a floating pontoon as the flare of the bow means you will quickly lose sight of the line, making it all too easy to damage the topsides even with a couple of large fenders to protect them. However, if pinned against a harbour wall or dock, with your fenders raised to gunwhale height and the bow spring visible, it’s still a very effective method. As soon as your stern is away from the dock, release the line and reverse off in a positive manner.

With a floating pontoon, it’s often easier to push astern against a shorter stern spring to force the bow away from the dock. Of course this means that your stern will be closing the pontoon and needs to be fendered well to protect it. The moment that the bow is far enough out to allow you to drive away, go into neutral to take the strain off the line so the crew can release and retrieve it, then drive away from the pontoon.

The ability to lasso a cleat can make coming alongside a lot safer and easier. Our step-by-step guide shows you

How to pick up a mooring buoy