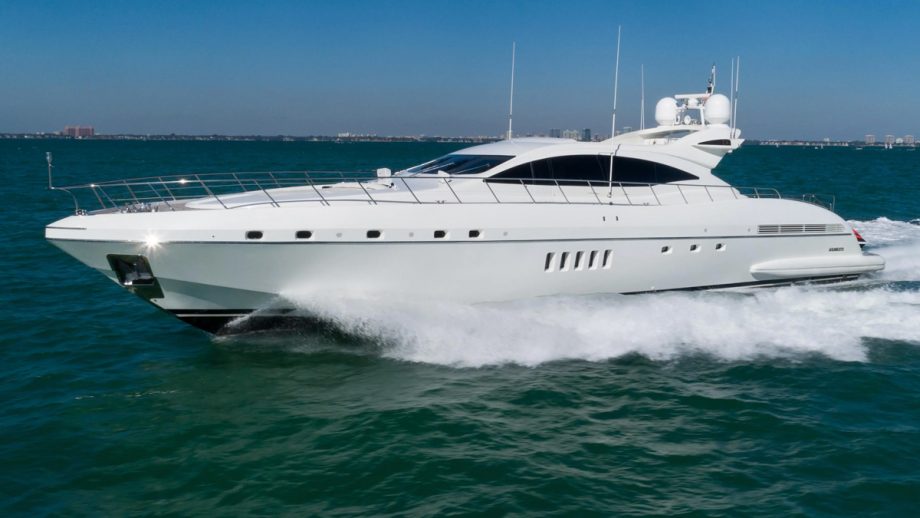 Mangusta Yachts make a big impression whenever they enter a Mediterranean marina, and this 2005 Mangusta 92 is a great example of the Italian yard’s iconic style.

Built in Viareggio by Overmarine, the Mangusta range is all about speed, grandeur and acres of deck space.

In this video, filmed at the 2020 Miami Boat Show, Nick Burnham takes us on board Kampai, which was offered for sale at $1,900,000 and has since been sold.

The layout sees the standard sportscruiser template supersized, with an enormous cockpit and an enclosed saloon, which can be opened up to the elements when you want via a vast sunroof.

All four cabins are accessed via the forward companionway, including the full-beam owner’s suite, two further double cabins and a twin cabin.

There’s also a two-person crew area, which houses the galley, freeing up more space on the main deck for relaxing.