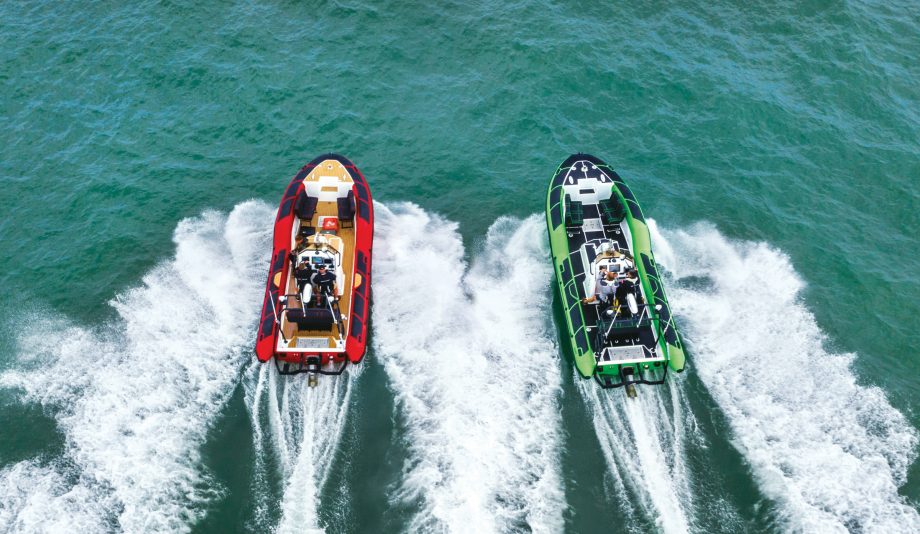 Is it possible to build a fast boat that never slams? Hugo tests the first British-built Rafnar 850 RIB to find out...

Like perpetual motion or alchemy, the dream of a fast boat that never slams has remained as elusive as the lost city of Atlantis. Boat builders, naval architects and scientists have spent thousands of hours trying everything from fins and foils to wave piercers and air keels to crack this maritime conundrum with varying degrees of success.

But of all the ideas we have come across at MBY, one of the most promising comes not from a highly qualified marine engineer with a brain the size of a basketball but a wealthy Icelandic amputee who made his fortune designing prosthetic limbs. When Össur Kristinsson’s search for a fast boat that he could helm pain-free through the rough seas around Iceland proved fruitless, he decided to build his own.

In the way that only a man of his focus and determination could, he threw himself into reading and researching everything he could about hull design, including the work of a relatively obscure 19th century Swedish inventor and boat designer called Fredrik Ljungström.

The Sealegs 9.0m Hydrasol allows you to explore the parts that other craft can’t reach, as we discover on a

His arc-of-circle theory purported that the more gently you ask the water flowing around a hull to change direction, the less disturbance and drag it would create. By the same logic, the constant curve of an arc was likely to be the most efficient shape for a boat’s hull and keel.

At the time, Ljungström only applied this thinking to sailing boats but Össur Kristinsson saw potential in adapting it for power boat designs to reduce slamming without the simultaneous loss of speed and efficiency associated with conventional displacement or semi-planing designs.

Seventeen years and a rumoured €45 million of investment later, including copious tank testing and live sea trials with the Icelandic Coastguard, the Rafnar OK hull was finally ready for production.

MBY tried one of the first prototypes back in 2015 but only recently have we had the chance to conduct a full test of a production-ready Rafnar 850 RIB in UK waters.

Read our full review of the Rafnar 850 RIB in the December issue of MBY, out November 5.