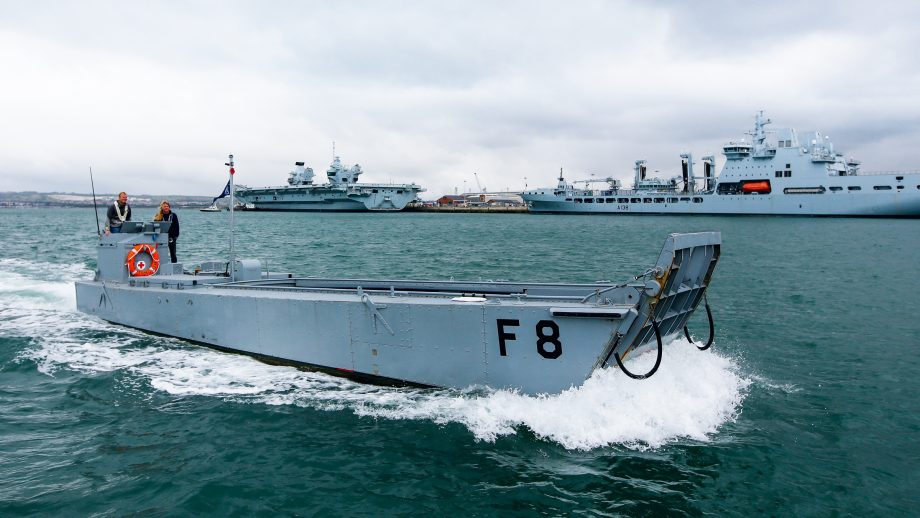 This humble workhorse of the Royal Navy played a vital role in the re-taking of the Falkland Islands back in 1982. For our latest Christmas boat test special, Motor Boat & Yachting editor Hugo Andreae put a restored F8 landing craft through its paces to see what that must have felt like...

Over the years we have tested dozens of remarkable craft as part of our tradition of sea trialling something weird and wonderful in our Christmas issue, but what makes this year’s choice of craft so interesting is its unremarkableness.

As such it was arguably the humblest of all vessels in Her Majesty’s Navy; it was commanded by a rating rather than an officer, it carried no weapons of its own and it only merited a number rather than a name.

Nothing stops the Motor Boat & Yachting team from testing a boat, not even Christmas! Watch the festive boat tests

When German E-Boats began to run amok in English waters early in the Second World War, the Navy responded with

Yet it was also one of the most important craft of its time. Its predecessor, the LCA Type 1, served an invaluable role in both the evacuation of Dunkirk and the D-Day landings, while F8 itself played a pivotal part in the re-taking of the Falklands Islands in 1982.

One of only two surviving LCVPs, both of which were carried on board HMS Fearless, it was purchased by the Portsmouth Naval Base Property Trust in 1997 from a local salvage yard and was initially used as a floating display on the museum’s mast pond until gradual deterioration eventually led to it sinking.

However, thanks to a grant from the Chancellor’s Libor Fund (a fine levied on the banks for illegally rigging the libor rate), it was not only raised and repaired but restored back to full working order by Landau UK during 2019/2020.

It now forms part of the PNBT’s fleet of historic small ships based at Portsmouth Historic Dockyard and takes visitors on short trips round the harbour for the princely sum of just £10 a head.