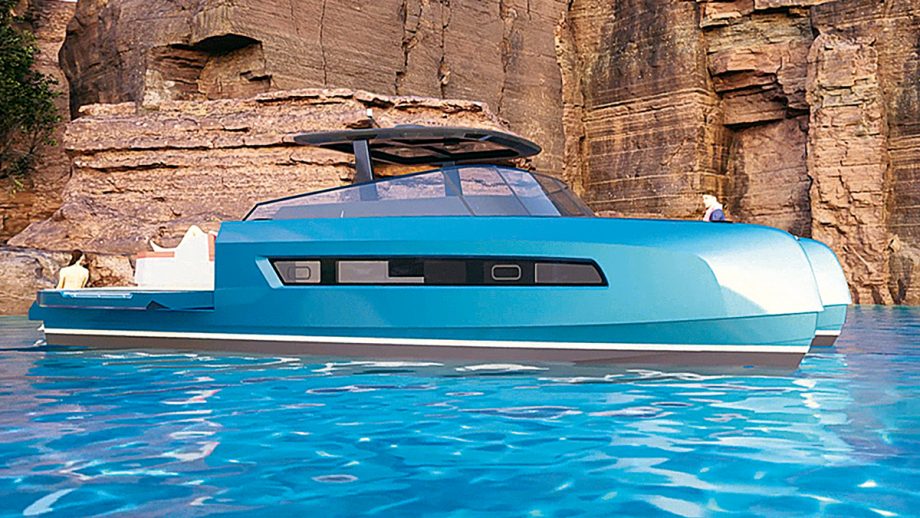 New French builder Sea Venture Yachting is threatening to shake up the market for fast open weekenders with a sporty new power-cat called the Seavy 11.

Needless to say, the cockpit is huge and very well protected by a wraparound windshield with a door through to the bow lounge. There’s also an optional hardtop above.

A double aft sunbed conceals a locker large enough to store a Seabob. Moreover, there is room in each hull for a double cabin and ensuite heads compartment.

With twin 370hp sterndrives, the Seavy 11’s top speed should be in excess of 40 knots with a fast cruise in the mid-thirties. But other propulsion choices will also be available, including outboards.

Reasonably specified, this model should work out at around €650,000 excluding delivery and taxes, positioning it somewhere between mainstream production boats such as the Axopar 37 and high-end premium models from Fjord and Pardo.

The first prototype will splash in March at the Multihull Show (20-24 April) in La Grande-Motte in the South of France.

The first production boats should be ready for delivery in early summer. The first two have already been sold and are under construction.

Once the new factory is up and running later this year, a Seavy 11 should take just 45 days to build from start to finish.