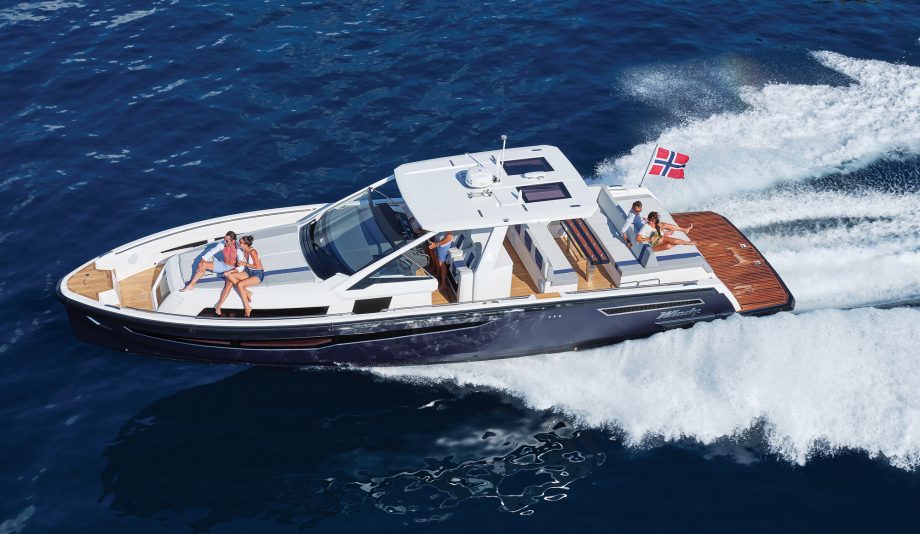 It’s taken some time for Windy to come up with a successor to its awesome SR52 Blackbird but then this isn’t a shipyard that does things by halves.

The lines of the Windy SR44 were drawn by Ed Dubois and despite the fact that most people who use this boat will spend 95% of the time on deck, Windy asked superyacht interior masters Design Unlimited to do the inside.

It’s a boat that feels lovely – and big. It’s very open but it has excellent freeboard and inherent solidity from the deep bulwarks to the sheer gauge of the mouldings and thickness of the timber.

It was moored next to the Axopars at the Cannes Boat Show and it appeared to tower over them, such is the commanding elevation of the main deck.

The detailing is lip-smacking, like the folding teak steps set into the bulwarks that have inset LED strips within the treads and hiss back into their recessed position with an engineered wheeze.

The folding anchor mechanism is a thing of architectural beauty. The fit-out below is exquisite but it doesn’t stray into flashiness or gimmickry. The galley is perfectly usable and even includes cute Windy touches like bespoke storage for a pair of chopping boards.

Whoops, nearly forgot to mention that the Windy SR44 is available with sterndrives or IPS (with a triple 400hp outboard version to come) and capable of 45 knots. There will be a fight for the keys to this one in the office.