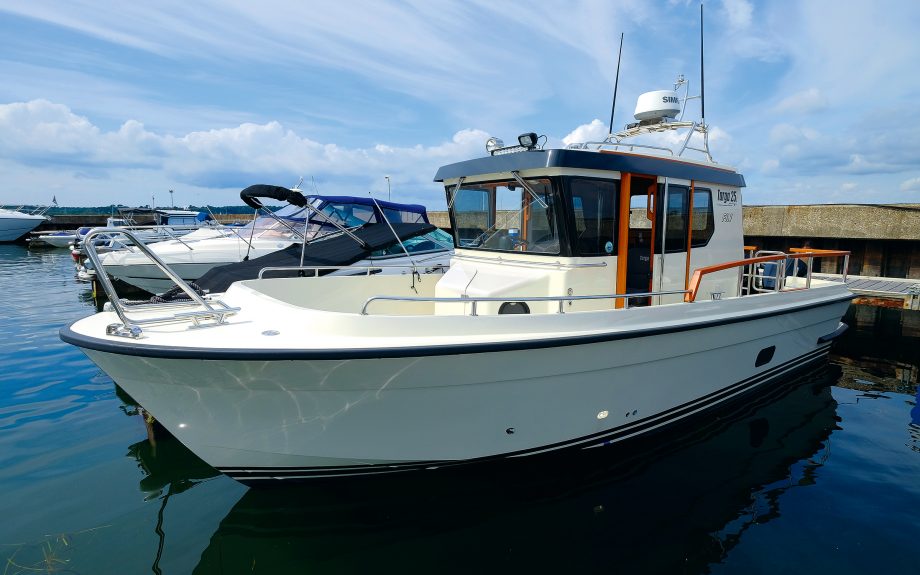 Our resident used boat expert Dave Marsh explains how to pick out a good Botnia Targa 25 on the secondhand market.

Having spent some time hurtling around the Gulf of Bothnia (the body of water that lies between Finland and Sweden) I can vouch that, despite the protection afforded by thousands of small coastal islands, it can cut up very rough over there.

So it’s maybe no surprise that for most Finns practicality is king, and fashion-conscious showboating is largely scorned. Finland has the highest per-capita boat ownership in the world, so that’s a lot of scorn.

It’s against this backdrop that Finnish couple Johan and Britt-Marie Carpelan founded Botnia in 1976. In 1984 Botnia bought the production rights for the original 25 from Targa Yachts.

This was the genesis of the amazing Targa boats that we know today, and their range of practical walkaround boats is still built in Finland. A decade later, Botnia launched the Targa 25 Mk 2, which was different enough to be considered a new boat.

Later boats had the 6-cylinder 285hp KAD300, fitted until Volvo replaced it with its new generation of 4-cylinder D4 diesels in 2003. These have undergone numerous updates/power increases, so depending on its the age, you could find anything from a single 230hp Volvo sterndrive to the current range-topping 320hp in a second-hand Targa 25.

To read Dave’s full buyer’s guide for the Botnia Targa 25, pick up the November 21 issue of MBY, out Oct 7.