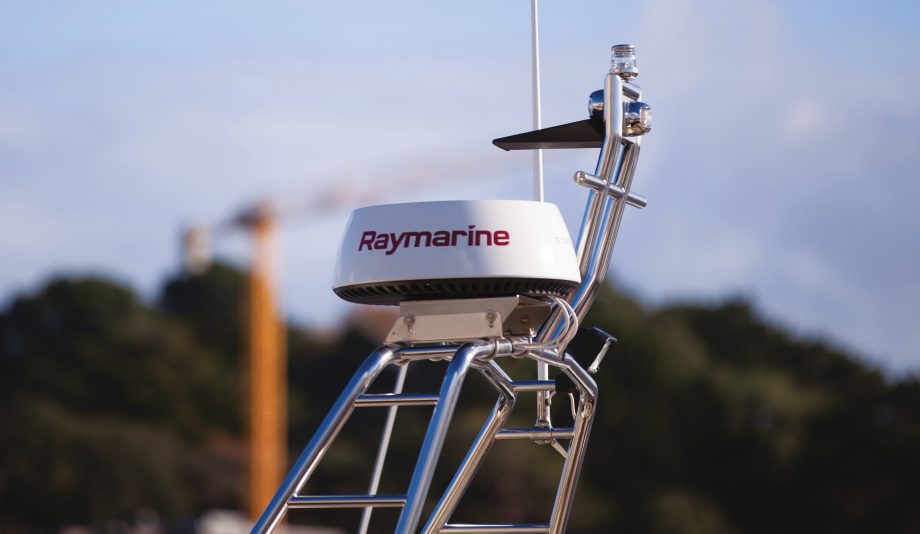 Our resident boating instructor Jon Mendez explains how to properly set up your boat's radar system and when you'll need it most...

Mention boat radar and most people think about boating in fog. Technically, fog starts at visibility of less than 1,000m and significantly changes your responsibilities under the collision regulations, the most pertinent being that we all move from being either a stand-on or give-way vessel to all being give-way vessels.

Setting up your boat’s radar system correctly is crucial to its performance and is best done in clear weather with visible targets so you can see the changes to the picture as you adjust the settings. It’s important to do this before you encounter any fog otherwise how will you know it’s working correctly?

Settings are adjusted either with individual buttons or soft keys. The major variables are range, brightness, gain, tuning and sea and rain clutter. The first one to adjust is range as it needs to be set relative to your location. In a harbour, half a mile is usually about right.

Next up is gain, which adjusts the sensitivity a bit like squelch on a VHF; too much and the picture becomes a mass of targets, too little and things disappear.

Tuning is next, and you are looking for a crisp image of a nice hard target. Now try all that again at a different range; older sets often need adjustment with every range change. More modern sets usually have an auto-tune function but it’s still worth seeing if this gives a better or worse picture than yours.

The final boat radar adjustment is for sea and rain clutter; sea clutter adjusts the return from waves – too little and small objects like navigation buoys can be lost in the mess of reflected waves close to the boat, too much and everything disappears – it’s a delicate balance.

Rain clutter adjusts how rain affects the picture, so heavy rain often appears as cotton wool type blobs on the screen, so adjustment allows you to get some clarity through the rain. Most leisure boat owners prefer to keep the radar screen in head-up mode as all targets appear relative to the boat’s heading.

Personally, I find north-up easier for pilotage into harbours, especially unfamiliar ones as the land will appear pretty much as it does on a chart. Be careful though, changes in tide height can make the land appear oddly shaped.

Help with judging how dangerous targets are to you and the potential risk of a collision is available via the Electronic Bearing Line (EBL). This works just like a steady compass bearing, if you place the EBL on a target and the target tracks down the line towards you – you will hit it!

You may also get a Variable Range Marker (VRM), which gives an accurate distance to the target rather than just using the range rings. Many sets also offer a choice of modes – harbour, coastal and offshore – which adjust the type of transmission.

Radar sets traditionally show a relative motion picture – where your motion relative to other boats is shown, some more expensive ones will also allow true motion.

1. Setting it up: Turn on the radar and set it to transmit – most have a warm-up period of between 15 seconds to a minute. When ready adjust the screen brightness and choose a range that’s suitable to the area you are in.

2. Adjusting the picture: This set has an auto-gain function, which actually works very well, but if you want to adjust it manually you can select ‘adjust settings’ from the menu and use the soft keys to tweak it.

3. Too little gain: Dial down the gain too far and most targets vanish. The solution is turn it up slowly until you get the right level of detail – most radars usually take a couple of sweeps to get it right.

4. Too much gain: Dial the gain up too high and the screen becomes a mass of clutter and noise. Turn it down slowly waiting for a couple of full sweeps between adjustments until the speckles have just disappeared.

5. Collision avoidance: You can risk assess targets by clicking on them to set up an Electronic Bearing Line (EBL). If the target consistently tracks down the line towards you, you will end up hitting it.

6. North-up or head-up? The chart plotter is showing north-up with Brownsea Island’s harbour wall south of our boat. The radar is in head-up mode and has the same contact to starboard – see blue oval on both screens.

GJW Direct offers some of the most comprehensive insurance polices on the market at very competitive prices.