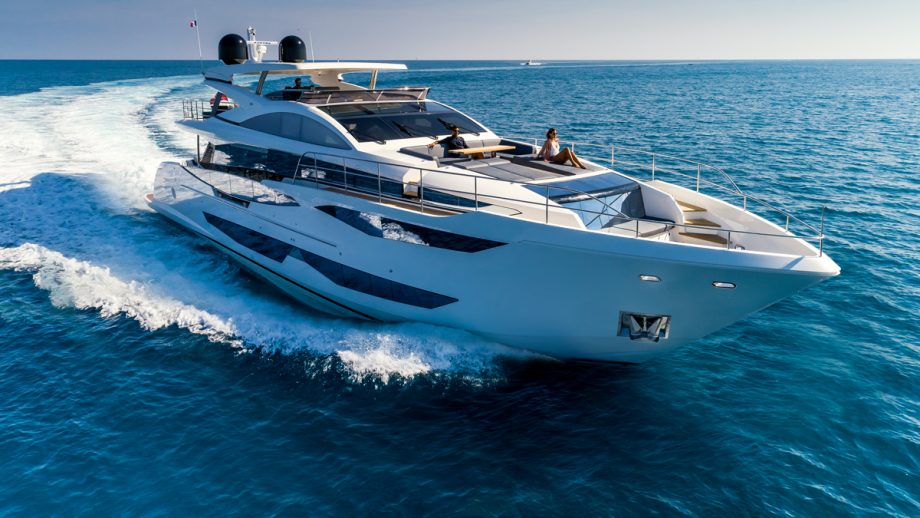 It has taken us a while to catch up with the flagship of the Pearl fleet but has the wait been worth it? We find out on a sea trial of the Pearl 95 in Mallorca...

They say that good things come to those who wait, but in truth, circumstances conspired to delay our sea trial of the Pearl 95 rather longer than we had hoped.

Originally launched in 2019, the first 95 was whisked to its new owner before we got a chance to test it, and our plans to jump on board during 2020/21 were scuppered by our old enemy Covid 19. So it wasn’t until April this year that we finally caught up with the Pearl flagship.

Designed for the UK-based Pearl Yachts by Bill Dixon but built and fitted out in Xiamen, Asia, to one of three luxurious schemes created by renowned interior designer Kelly Hoppen, it is said to combine the best of British design and engineering with a high quality of build and finish at a price that simply wouldn’t be possible if it were built in Europe.

It’s a bold claim but one that, on the face of it, looks entirely credible. It’s immediate competitors from the likes of Sunseeker, Princess, Azimut and Ferretti all appear to cost more than the Pearl’s starting price of £5.95m once you’ve factored in the 95’s impressive list of standard equipment that includes twin generators, air-conditioning, hydraulic bathing platform, a full suite of AV equipment and even a built-in centralised vacuum cleaning system.

It’s all about the main deck, and that long continuous sweep from stem to stern made possible by lifting the wheelhouse out of the way. Credit: Sunseeker

The Sunseeker 95 Yacht only boasts an extra half deck over its 28m sister ship, but the affect is astonishing.

Perhaps even more impressive is the five-year warranty (three for charter yachts) that covers the entire vessel for the first two years with an extended warranty on major items for years 3-5, ensuring owners’ peace of mind and helping to retain residual values as its fully transferrable to the next owner.

All of this would count for little if the yacht itself failed to live up to the standards expected of a semi-custom superyacht, albeit one that just sneaks under the regulations governing boats with a load line length of 24m or more, so we approached the sea trial with an even more critical eye than usual.