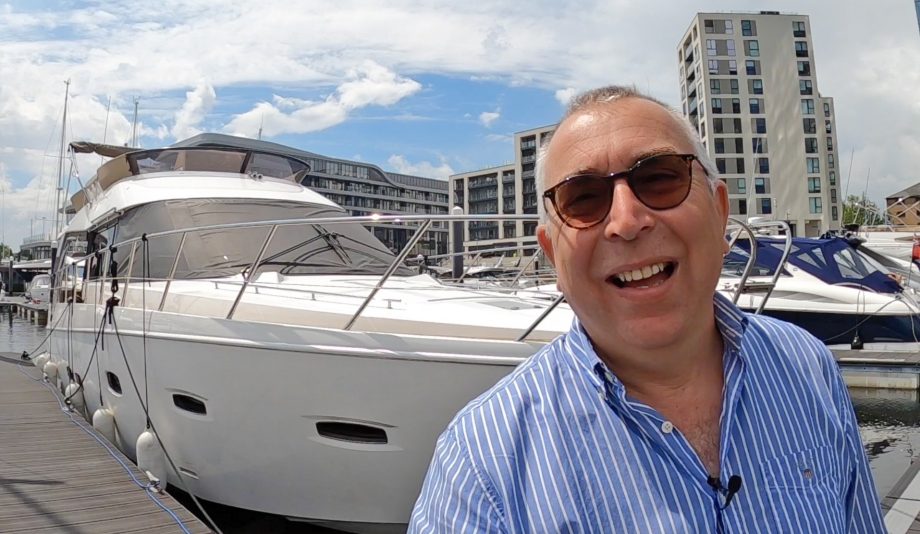 Our resident used boat expert Nick Burnham explains how to pick out a good Sealine F46 on the secondhand market...

“We don’t go very far, we mostly potter around the Solent to a few favourite haunts like the Beaulieu River, Cowes and Yarmouth, and what we really like about this boat is the amount of space for our family – we’ve slept up to eight of us on board – and the ease of handling.”

Ken Moody has earned his retirement from long-distance boating after over 50 years afloat in a variety of boats that began with a 15ft Fletcher speedboat and progressed through a variety of larger cruising vessels.

He came to Sealine having sold a Fairline Phantom 40 after he and his wife suffered simultaneous knee injuries from skiing. “We decided to sell the Fairline as we didn’t think we could manage it anymore, but after a couple of years we were both much improved and missing it, so we bought a Sealine SC35.”

An S42 followed (a boat Ken says he wasn’t keen on – the combination of high freeboard and outdrives creating challenging berthing in windy conditions), before moving on to the Sealine F46 you see featured in this video.

Sealine is, of course, noted for building boats with great accommodation. When the F46 launched in 2009 it was a very different looking and far more modern boat than the T47 that it replaced.

A product of Sealine’s then Design Director Carsten Astheimer and Naval Architect Richard Crocker, the most striking aspect of the new model was a huge 180° sweep of windscreen. Together with slim mullions and large side windows, the amount of light thrown into the interior is quite spectacular.

Read our full Sealine F46 used boat report in the September 2020 issue of MBY, out August 6.